Nicholas Denysenko serves as Emil and Elfrieda Jochum Professor and Chair and concurrently as associate professor of theology. He received his undergraduate degree from the University of Minnesota (1994), and his graduate degrees at St. Vladimir’s Orthodox Theological Seminary (M.Div., 2000) and The Catholic University of America (Ph.D., 2008). Prior to coming to Valpo, he taught for seven years at Loyola Marymount University in Los Angeles, where he also served as director of the Huffington Ecumenical Institute. Denysenko writes and speaks on diverse topics, and specializes in liturgical theology and Orthodox Christianity. His work has appeared in venues such as the Journal for the American Academy of Religion, Theological Studies, Studia Liturgica, Worship, and St. Vladimir’s Theological Quarterly. He blogs regularly at “Pray, Tell: Worship, Wit & Wisdom.” In his research, Denysenko explores the intersections of liturgical history, ritual studies, and pastoral theology, and writes for an ecumenical audience. He is currently working on “The People’s Faith: The Liturgy of the Faithful in Orthodoxy,” to be published by Rowman and Littlefield. His next book, “The Orthodox Church in Ukraine: A Century of Separation,” will be published by Northern Illinois University Press in Fall 2018. Denysenko is an ordained deacon of the Orthodox Church in America since 2003.

Icons and the Liturgy, East and West: History, Theology, and Culture  (https://undpress.nd.edu/books/P03299)

Chrismation: A Primer for Catholics (https://litpress.org/Products/6273/Chrismation)

The Blessing of Waters and Epiphany: The Eastern Liturgical Tradition https://www.routledge.com/The-Blessing-of-Waters-and-Epiphany-The-Eastern-Liturgical-Tradition/Denysenko/p/book/9781138109643 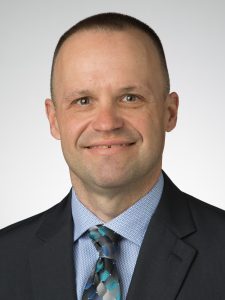