During Homecoming Weekend 2019, the Richard E. Beumer, P.E., Environmental Engineering Lab was dedicated in front of a crowd of alumni, students, College of Engineering faculty and staff, and other members of the Valpo community.

President Heckler thanked Judith “Judy” Rockett ’60 Beumer and Richard “Dick” Beumer ’59 for their generosity in providing funds for this new lab, which will allow students to study how to “take care of God’s creations.” The lab will support Valpo’s new environmental engineering program, which began in fall 2019.

The Beumers are longtime supporters of Valpo. The Judith L. Beumer Writing Center, located in the Christopher Center for Library and Information Resources was named in Judy’s honor in 2017. Dick is an Emeritus Member of the Valparaiso University Board of Directors, having served for more than 25 years, from 1990 to 2016.

Their gifts support Forever Valpo: The Campaign for Our Future, a $250 million endowment Campaign that will secure permanent resources for student scholarships, faculty development and programs that prepare students for lives of leadership, service and generosity. The Campaign was officially launched on Sept. 23, 2016, and has raised more than $218 million. 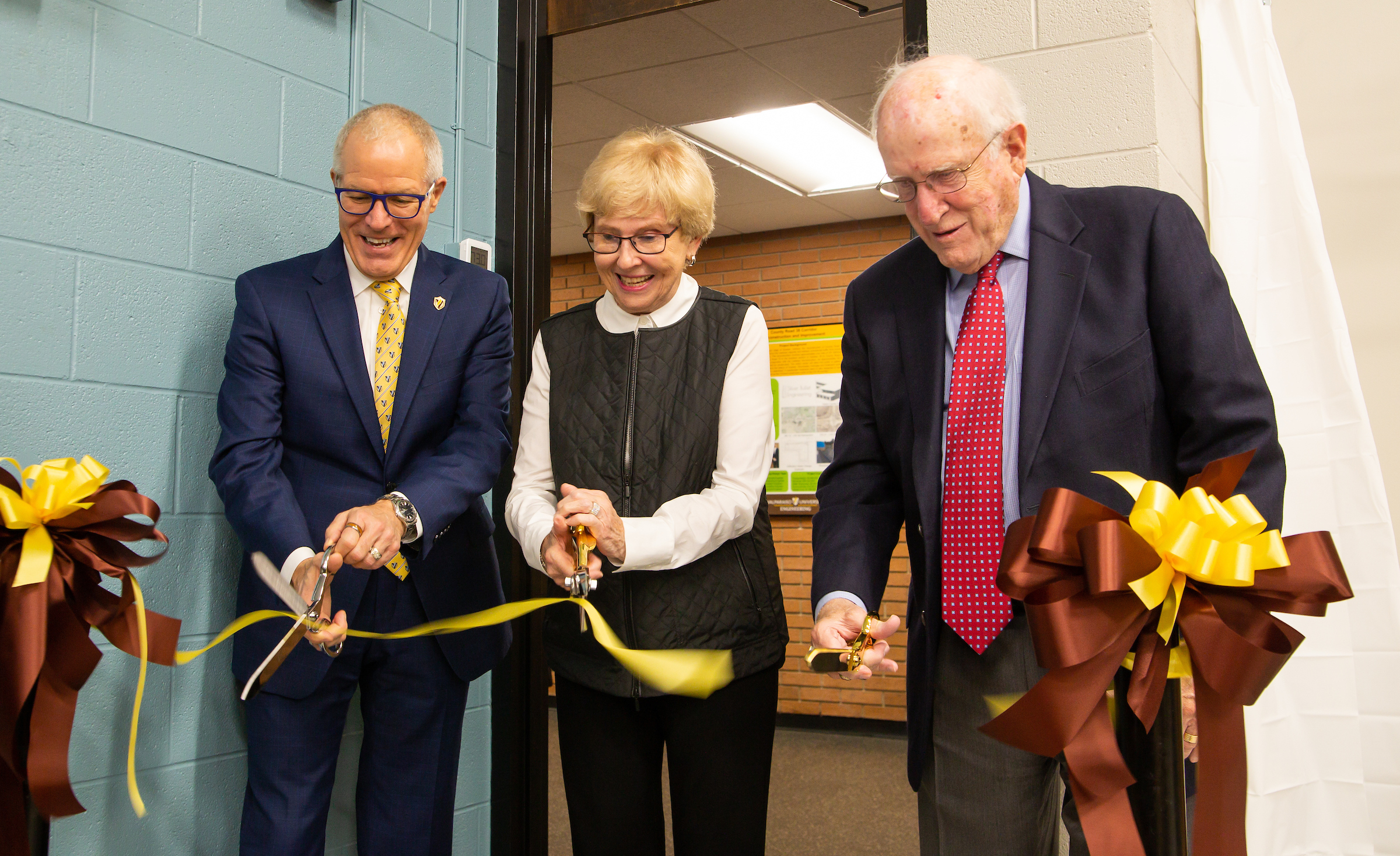