The fourth annual Walt Wangerin Speaking Series, sponsored by the Chapel of the Resurrection, the Center for Church Relations, and the Institute of Liturgical Studies, will bring four notable speakers to campus during the 2015-2016 academic year.

Twenty service-oriented students were selected to participate as CAPS Fellows, a summer internship program sponsored by the Institute for Leadership and Service that helps students discern their Calling And Purpose in Society. Students will serve 10-week internships throughout Northwest Indiana, Chicago, and Washington, D.C., and Austin. The program is in its second year.

In fall 2015, the College of Engineering will launch a biomedical engineering minor, which will expose students to a broad and exciting field aimed at improving the lives of others. The minor complements the mechanical engineering curriculum, although any student with the necessary background and prerequisites can complete the required courses.

“There is a growing demand for this area of expertise, and the program offers interesting paths for interdisciplinary research and collaboration across departments,” says Eric W. Johnson ’87, Ph.D., dean of the College of Engineering.

Students with a biomedical engineering minor will graduate prepared to pursue graduate school or industrial jobs in one of the many applications of the field, including designing implants, medical devices, or prosthetic/orthotics.

Christ College freshmen produced “One Last Shot,” a musical set in Chicago during prohibition. Jeffrey Langevin ’18 played a war veteran who comes to town seeking a new start, only to find himself in the midst of another family’s crisis.

To Promote and Protect: Public Health Program Launched at Valpo

The College of Nursing and Health Professions is now accepting applications for the public health bachelor’s program, which strengthens one of the nation’s best nursing and health professions colleges by integrating evidence-based solutions to improve health conditions for communities at home and abroad with Valpo’s public health care curriculum of cutting-edge research, theory, and techniques.

“The College of Nursing and Health Professions prepares graduates for the dynamic complexities of the health care industry, where they promote and protect the health of individuals and communities,” she says.

Various organizations recognized men’s soccer with awards following its #oneValpo campaign. In January, the team received one of its most distinguished honors yet: the 2015 Martin Luther King Jr. Award. Men’s soccer accepted the award during the University’s annual Convocation celebrating the life and vision of Dr. King.

Valpo raised $5,000 at its annual trivia night to support the Bill Marion First-Generation Scholarship Fund to honor the memory of Bill Marion, Ph.D., a professor of mathematics and computer science. Thirty-four 10-member teams participated in the event.

Christ College, along with the English and theatre departments, hosted Shakespeare Week. Highlights included scenes from Shakespeare’s classic plays “Romeo and Juliet” and “MacBeth,” presented by the Actors from the London Stage. 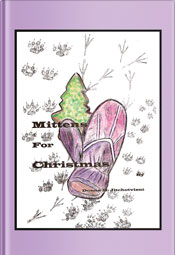 Mittens for Christmas
Donna M. Dettmering ’71 Jitchotvisut
“Mittens For Christmas,” published by iUniverse in April 2009, is a heartwarming tale of interspecies cooperation that brings forth a miracle on Christmas Eve that will take adults back to their childhoods and make Christmas special for today’s children. Follow Pseudo and Moodo Guinea Pig as they seek to buy a Christmas gift for their owner, a little girl named Louise. With the help of a dear mouse family, a bag lady, and others, they manage not only to find their gift, but they also learn some important life lessons. Donna M. Dettmering ’71 Jitchotvisut created the cover art for the book. Two additional books are in progress. 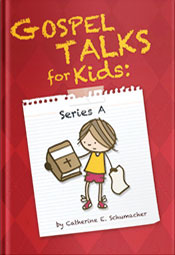 Gospel Talks for Kids: Series A
Cathy Reid ’82 Schumacher
“Gospel Talks for Kids: Series A” is the first of three books in a collection of children’s gospel messages. The volume follows the three-year periscopes for Series A, beginning with the first Sunday in Advent. Some of the lessons build on previous ones, and all of them can be used in place of or to supplement a children’s message. Each lesson corresponds with a particular Sunday in the church calendar (i.e. the first Sunday after Pentecost) and includes a Bible reference, suggested messaging for the pastor/worship leader, and more.