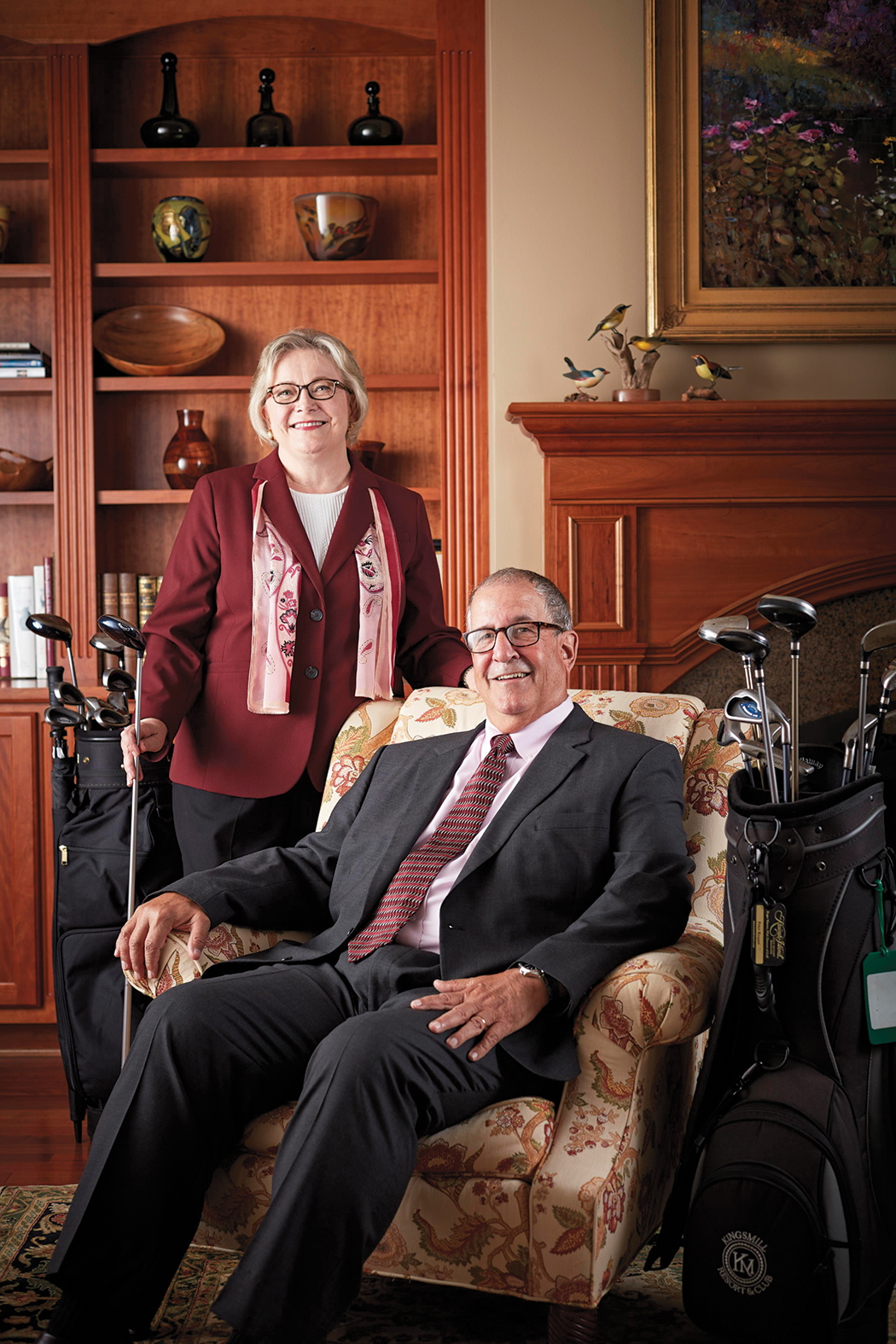 In the summer of 1969, after her junior year at Valparaiso University, Bonnie Thalacker ’70 Raquet signed up for a theology class to meet one of her graduation requirements. These were contentious times, at Valpo and other universities across the country, with student protests against the Vietnam War and racial inequality, and with others protesting the protestors. Tensions ran high on many campuses.

Against this backdrop of national turmoil, Bonnie’s professor began each class with a question on the board — a provocative question related to the issues of the day. Discussions often became heated, sometimes bordering on hostile. And when they did, the professor walked quietly to the board and drew a cross.

“By drawing that cross he was saying, ‘keep in mind that what you’re arguing about is your faith and your values,’ ” Bonnie says. “There was equal respect for students who felt their purpose was to battle against whatever part of society they disagreed with and for those who believed their calling was to preserve society.”

That idea of living your values, she says, is a big part of what defines Valpo. It has given shape to Bonnie’s life and her husband, Peter’s, and it has been a driving force behind their decision to support a program at the University that gives students the opportunity to put that concept into practice: the Institute for Leadership and Service.

Preparing students to lead and serve

“Valpo’s mission is to prepare students to lead and serve in church and society,” says Peter, a Lutheran minister whose career path included years with B.F. Goodrich and a tour of duty in Vietnam before detouring into ministry.

“When the idea of the Institute came on the radar screen, there was recognition that Valpo needed to have a dedicated place where students could be exposed to that idea as a core principle,” he says.

The Institute exists to help students “connect the dots” between study, service, and their plans for the future. It offers courses, a speaker series, opportunities for reflection, and a summer internship program — the CAPS Fellows Program.

A generous gift from the Raquets was instrumental in launching the CAPS program, helping fund 10 fellowships in 2014 and 20 this past summer, with plans for 30 more in summer 2016. The student fellows worked with youth programs, early childhood education, urban development, programs to bring clean drinking water to communities in Africa, and other projects.
To give the Institute stability for the future, the Raquets have recently made another gift, of $3 million, to endow the position of director.

To find examples to illustrate what the Institute aims to accomplish, there are no better role models than the Raquets. After his career move into ministry, Peter worked to help a number of Lutheran congregations through change and identity issues. Bonnie, an attorney and former vice president with agricultural-products giant Cargill, has been an advisor on global economic development and serves on the board of the U.N. World Food Program. Between them, they have been involved with causes that range from small-business development in Guatemala to their local YMCA.

Part of what the Raquets do by supporting the Institute, Bonnie says, is help students see that “serve” and “lead” aren’t mutually exclusive. “It’s not serve or lead,” she says. “Those things go together.” And, she adds, it’s especially important that today’s students understand that point: “There’s a sense that the millennials are a life-changing generation.”
The Institute, Peter says, is an incubator that helps students find that sweet spot where passion and purpose intersect. And that, he believes, is worth supporting: “There’s something exciting about seeing a young person have that ‘Aha!’ moment as part of the learning process. That’s the intent of the Institute — to create an environment where those moments can happen purposely.” V