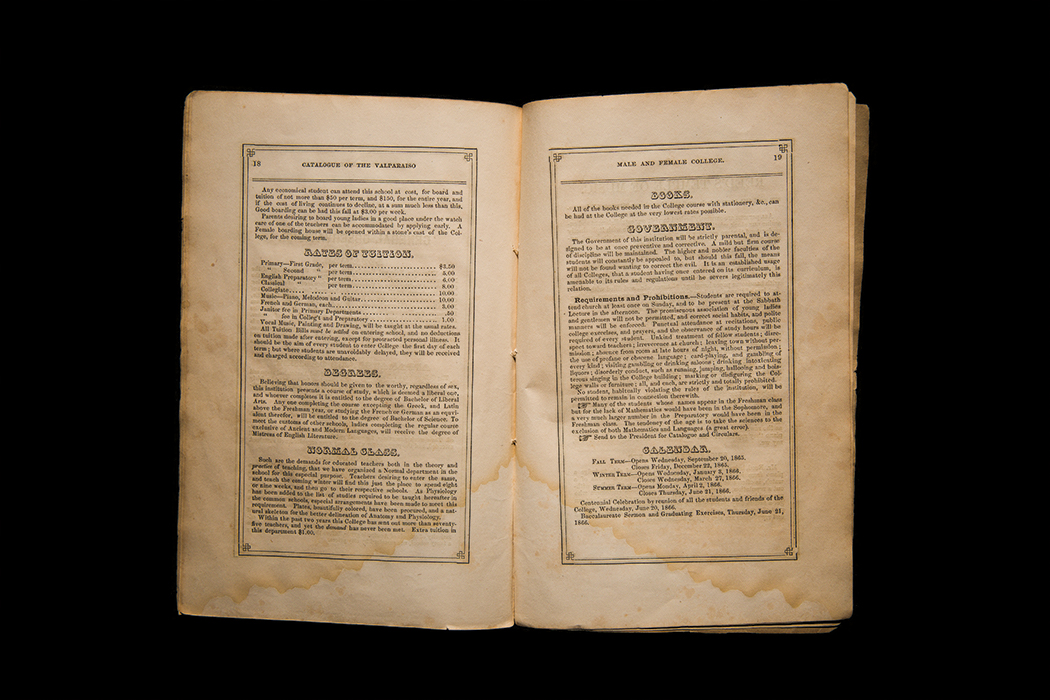 The value of a Valpo education has always been considered favorable, as the slogan “The Poor Man’s Harvard” was historically attributed to our Lutheran Midwestern institution of higher learning. Learn how Valpo has transformed and enriched its various departments and programs in order to remain an extremely valuable liberal arts institution given the time and context in history.

ACADEMICS
The Valparaiso Male and Female College opened Sept. 21, 1859, with three departments: normal, preparatory, and collegiate. With an early focus on STEM education, each department offered classes in mathematics and the sciences. 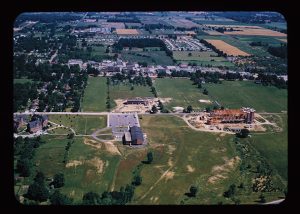 The Northern Indiana Normal School opened Sept. 16, 1873, and according to The Torch, tuition was “less here than at any other school in the land. Students can select their own studies and advance as rapidly as they desire.” The University remained committed to STEM education as well as the liberal arts tradition, adding language, literature, and composition courses. President Brown taught a few classes in those early years.

The engineering department (now the College of Engineering) was implemented in 1876 with an original focus on civil engineering. Shortly after, the medical, pharmacy, biology, and geology departments were added in the 1880s and 1890s, followed by the College of Dentistry in 1906.

In 1958, the earliest version of Christ College (CC) was founded. Modeled after universities at Oxford and Cambridge, Christ College invited freshmen to join the honors program, where they engaged in advanced versions of required freshman courses. Today, CC is a comprehensive college within the University that provides students with a holistic approach to higher learning. 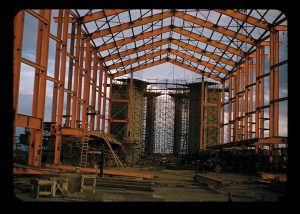 During the 1998–1999 academic year, the freshman Core Program was established as an interdisciplinary course taught over two semesters to encourage first-year students to study and explore the human experience with the aid of prominent thinkers, writers, and artists.
With an increased emphasis on health care and the sciences, the University opened the College of Nursing in 1968, which expanded into the College of Nursing and Health Professions in 2014.

OUR LUTHERAN HERITAGE
In 1925, the Rev. George A. Schutes of Immanuel Lutheran Church went to Fort Wayne, Ind. to discuss purchasing the University with the Fort Wayne Council of the American Lutheran League. Shortly after, the University was purchased for $176,000. Within one year of purchase, the Lutheran faculty rose to 9 percent, and after three years, 30 percent of the faculty were members of the Lutheran church. 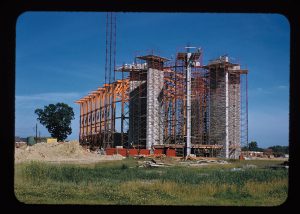 60 YEARS AGO / LUTHERAN HERITAGE
Now a centerpiece of campus and a Northwest Indiana landmark, the groundbreaking for the Chapel took place 60 years ago. Dedicated in 1959, the Chapel was designated the Chapel of the Resurrection at the 10th anniversary service in 1969.

In 1956, alumni and friends donated the funds to construct a new chapel, eventually called the Chapel of the Resurrection. According to a 1959 publication of The Torch, the Chapel solidified Valpo’s Lutheran identity — as a place that “proves that faith can coexist with reason, and that such a union forms a necessary foundation for the highest aspirations of our soul and mind … The Chapel is our symbol not only of an always–constant truth, but of an ever-evolving search.”

In the mid-1990s, the Cambridge Seminar for new faculty was instituted with financial support from the Lilly Foundation. During the weeklong seminar, new faculty travel to Valpo’s Cambridge center, where they discuss Valparaiso University’s identity as a Lutheran Christian university and the faculty’s role in preparing students for a life of vocation. The Cambridge Seminar remains an important program at Valpo, and the University has considered extending it to new staff. 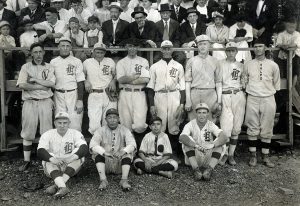 101 YEARS AGO / Athletics
Valparaiso University’s baseball team of 1915 was composed of students from various departments, whose jerseys denoted their affiliation. The team was victorious over University of Chicago in June 1915 — the engineers are adorned with “E” caps, the scientifics with “S” caps, and the lawyers are clothed in jerseys denoted with “L.”

ATHLETICS
Starting as early as 1875, sports on campus were played between students of various departments such as the Law School, the Pharmacy School, and the Scientifics School. At that time, students competed in men’s and women’s basketball, baseball, and track.

In 1916, Valpo participated in intercollegiate sports for the first time, and some of the earliest offerings included bowling, boxing, baseball, basketball, football, and cross country and track.

In 1929, the Women’s Athletic Association held ‘unofficial’ tournaments for women in sports such as tennis, horseshoes, track, golf, hockey, and others. Basketball became the first intercollegiate women’s program at the University in 1965. 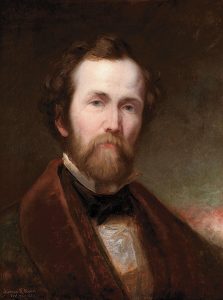 The NCAA was reorganized in the 1970s, allowing Valpo to declare Division I status in 1976. Today, the University is a member of the Horizon League and offers nine men’s programs and 10 women’s programs. Co-curricular athletic activity continues to enhance Valpo student-athletes’ college education.

THE ARTS
Art was taught on campus as early as 1899. The school was “equipped with models and casts from the antique and modern sculpture, and the methods of instruction were those in vogue in the higher art academies of [the United States] and Europe.”

The University Chorale was created more than a century ago and today remains one of the most distinguished Lutheran collegiate choirs in the United States. The University Chorale has traveled to the Netherlands, France, Belgium, Sweden, and throughout Germany, including four residences at the St. Thomas Church in Leipzig, Germany.

The University acquired a permanent art collection in 1953 with the endowment of the Sloan collection by Junius Sloan. The collection was first displayed at the Moellering Library, until the Valparaiso University Museum of Art received its own space when the Center for the Arts was dedicated in 1995. The Museum was renamed the Brauer Museum of Art in 1997 in honor of director and curator Richard Brauer.

Today, the arts on campus include music, theatre, art, and the Bach Institute.

34 YEARS AGO / Leadership and Service
Theology students spent the summer of 1982 engaging in a service project trip.

LEADERSHIP AND SERVICE
The Student Council was formed in 1915 to provide a student governmental structure that would be a permanent fixture of the University. In 1960, the council was renamed as the Student Senate.

In 1947, students initiated the University Youth Council to address the needs of children and teenagers in the local Valparaiso community. Since the 1980s, Valpo has offered a number of alternative, service-oriented spring break opportunities. Today, the University offers more than a dozen service trips annually.

In 2014, Valpo’s Institute for Leadership and Service established the CAPS Fellows Program, a summer fellowship that allows students to participate in nonprofit and service-oriented organizations throughout Northwest Indiana and Washington, D.C.

Currently, the University has more than 100 student organizations, where students hone their leadership skills and serve in the local community and throughout the world.