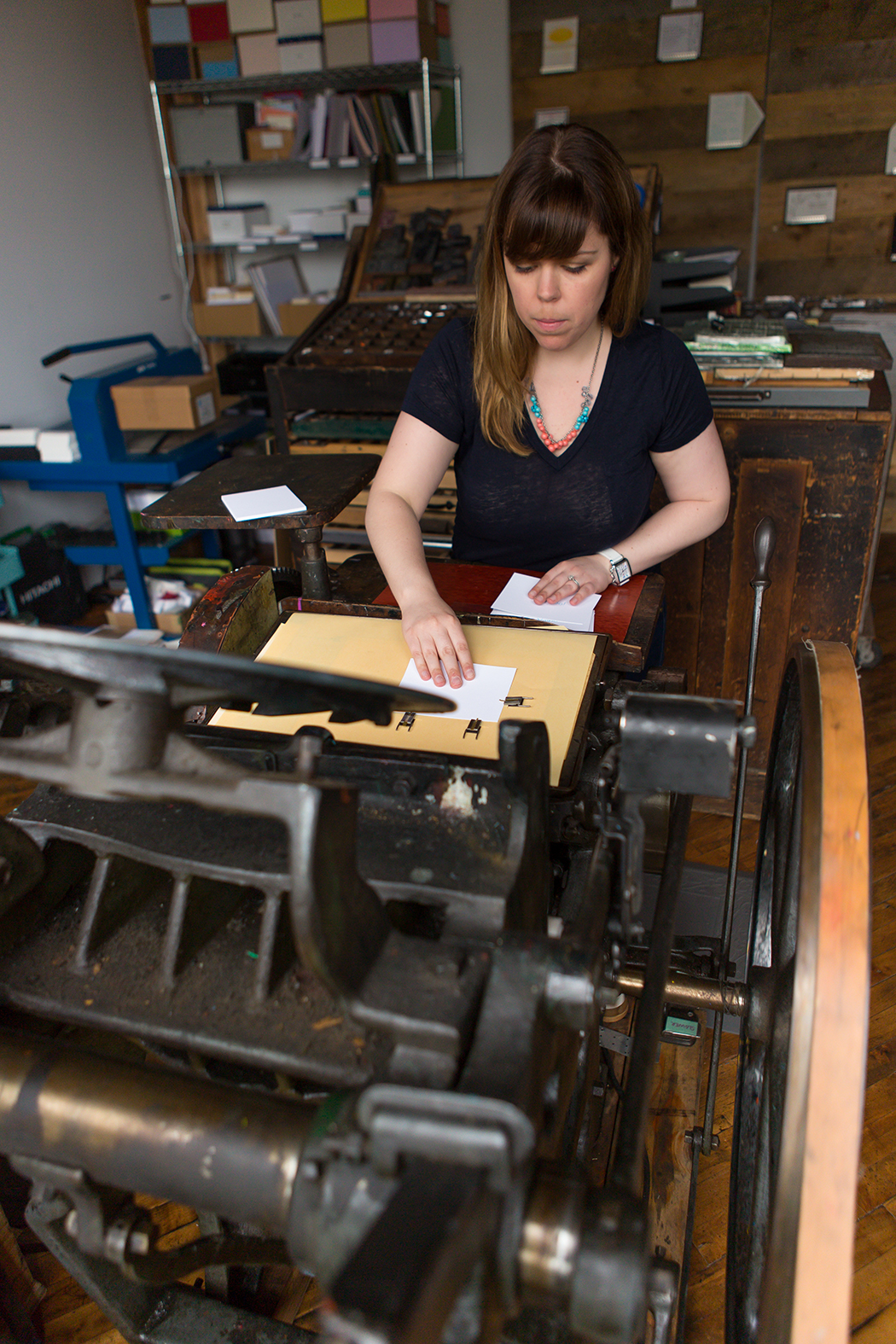 ith the moon as her only source of natural light, Violet “Vi” O’Brien ’02, J.D., would work into the late hours to prepare print pieces for upcoming Chicago events — a fundraising event for a local nonprofit, a wedding, or perhaps a holiday party for an urban socialite.

She worked in unison with her antique printing press to fulfill the order, escaping into the art until it was time to lock up the studio and head home for the night. Just a few hours later, her alarm clock would sound and she’d be off to work at her full-time position as a corporate attorney in Chicago’s Loop.

“It’s so important to pursue something that you get tremendous joy from every day.”

For Vi, a snap decision to take a printing class just a year ago with some girlfriends sparked her interest in the art, which eventually led to her business, Violet Press and Paper.

“I think Valpo was really the last time that I did anything artistic or creative,” she says. “When I look back on things that interested me during my undergraduate years, it was the arts, and music, and more creative outlets. I thought, ‘That was an important part of my life — why isn’t it now?’ ”

It was at Valpo where she mustered up the courage to try new things. She says opportunities on campus helped her become the woman she is today, ready to take risks and confront new challenges.

Dating to the 15th century, the printing press was invented by Johannes Gutenberg. It influenced major historical events such as the Reformation, giving Martin Luther and others the ability to print the Bible and other important works in mass quantity.

“When digital printing entered the market, letter press became obsolete,” Vi says. “There is now a resurgence as people are appreciating old-fashioned art forms. And unlike digital printing, the image or text is really pushed into the paper, and you can feel the texture. That can’t be accomplished through digital printing.”

With a bachelor’s degree in sociology from Valpo, Vi graduated with several passions — one for the arts and another for justice. 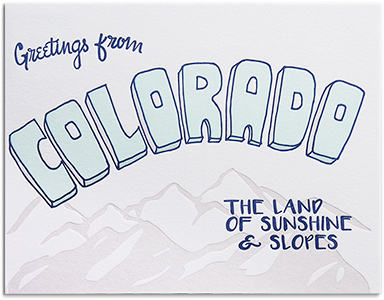 Inspired by volunteering at homeless and domestic violence shelters near Valpo as well as faculty members such as Professor Lissa Yogan ’82, Ph.D., in the sociology department, Vi began her career at a nonprofit in upstate New York, where she worked with clients suffering with mental illness. Shortly after, she transitioned into a role as a legal assistant, which ignited her interest in law school.

After several years practicing law in Chicago, she felt the desire to pursue her passion for the arts once again — a passion that was first cultivated as an undergraduate student.

“The liberal arts tradition at Valpo helped me explore all aspects of myself — the creative and the professional,” she says. “Sometimes you don’t understand the value and importance of becoming well-rounded until you reflect on it.”

With that in mind, Vi hopes current and future Valpo ­students will see the value in pursuing their passions.

Vi has some advice to current students: Embrace all opportunities to explore different things. This is a sentiment Vi has internalized. Taking on a new frontier, she recently moved to Denver to be closer to family. From there, she will continue to pursue her printing business as well as her law career.