A 30-minute dusty and pothole-filled ride to the nearest grocery store. A 19,000-foot hike up one of the tallest mountains in the world. Eight thousand miles from either of their hometowns. Linda Davis ’07 Funke and Eric Funke ’04 have made a vocation out of the road less traveled. But it was the road to Valpo that eventually led them to Mwadui, Tanzania, where the couple serves as missionaries in the small diamond-mining town just two hours’ drive from Lake Victoria.

With the help of one of Valpo’s campus pastors, the Rev. James Wetzstein, a mentor with whom they continue to connect today, the newlyweds found their current positions in Mwadui, Tanzania.

“We researched various organizations, and Pastor Jim ultimately connected us with Global Lutheran Outreach, an independent Lutheran mission start-up,” Eric says. “A year later, we were in Tanzania.”

While Eric serves as a math and computer teacher at Mwadui Lutheran Secondary School, Linda holds two part-time positions — the first as a guidance and counseling teacher at the school, and the second as a community development coordinator for the Evangelical Lutheran Church of Tanzania. Linda’s position ranges anywhere from coordinating entrepreneurship and small-business training to partnership development for the Lutheran diocese and community fundraising initiatives. Recently, she has volunteered at an organization that cares for children with blindness, deafness, and albinism, a condition that is widely misunderstood within that region of Africa. 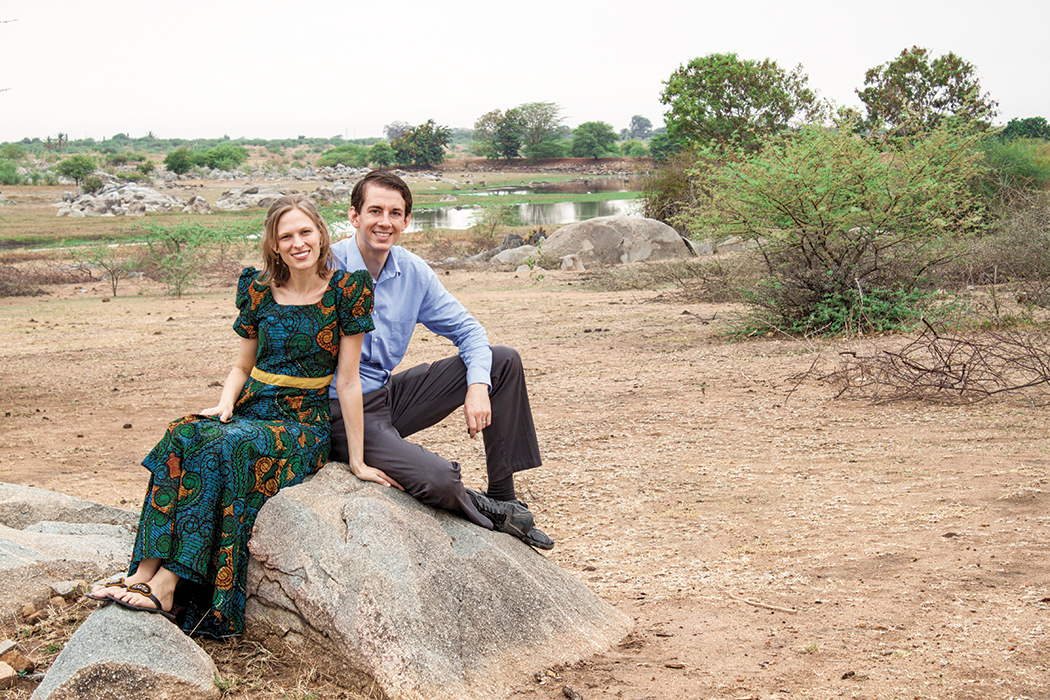 “Christ College challenged me to analyze every aspect of an issue and to realize that not everything is black and white.”

In the three years that they have been there, the Funkes have deeply embedded themselves into the Mwadui community.

“The community aspect is highly valued in the culture,” Eric says. “You don’t just go home after work and go inside to be alone. You sit outside and talk with your neighbors. It’s a very communal lifestyle.”

And with communal living comes a passion to serve the small mining town beyond the confines of their traditional workweek. In January 2014, Eric and Linda embarked on a journey to the top of Mt. Kilimanjaro to raise money to fund a new boys’ dormitory at the secondary school. 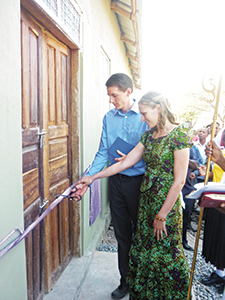 “We referred to our trip as ‘Kilimanjaro for a Cause’,” Linda says. “Friends and family donated funds for every meter we climbed.”

Eric and Linda’s road to Africa started as early as first grade, when a missionary from Ghana visited Eric’s Sunday School class. The young St. Louis native began his journey that very day, when he came home from church and told his parents, “I’m going to be a missionary in Africa one day.”

Meanwhile, Linda grew up in a suburb of Dallas, where her family consists of a long line of church workers, and she participated in many cross-cultural trips with her youth group.
Many years later, Eric and Linda forged separate roads to Valpo, both with Allen Scholarships in hand. The two crossed paths the first week of Linda’s freshman year.

“I first saw her when she visited the Sig Ep house with an upperclass friend of mine,” Eric says. “And then I saw her at the Chapel and again during Church Vocations Symposium. That’s when I started thinking that she was a girl I could be interested in.”

With numerous common interests and passions, it’s no wonder the two eventually dated that first year, only to endure 300 miles of distance just months later, when Eric graduated with a bachelor’s degree in secondary education and math and honors distinction as a Christ College Associate. He moved to St. Louis to teach at his alma mater, Lutheran High School North.

Later, after a number of pivotal and life-shaping experiences, including a deaconess internship in Papua New Guinea with longtime Valpo supporters and missionaries, Linda was in St. Louis, about to start a master’s degree in social work at Washington University. A friend connected her with a position as co-director at a summer day camp, where she reconnected with Eric. 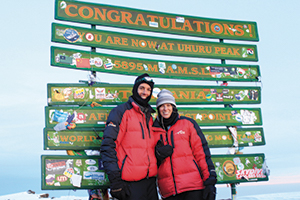 Less than a year later, Eric and Linda were engaged and planning their future. There was no question that Africa was their next stop.

“When we got married, and I knew about Eric’s call to the African continent, I thought, ‘well maybe this is the time for us to do that,’ ” Linda says.

While together they have learned and experienced a great deal in pursuit of their call and vocation, Linda and Eric ultimately credit Valpo for providing many of the individual experiences that led them on their sometimes bumpy, but mostly smooth, road to vocations in cross-cultural ministry.

“My realization that culture extends beyond our borders came from Valpo,” Eric says. “I took a class in medical missions through Christ College — The Honors College. And through that class, we raised $25,000 in grants to travel to Papua New Guinea for two weeks during Christmas break. We served alongside the Lutz family, the same family that Linda worked with during her deaconess internship.”

Linda attributes her experiences as a member of the Social Action Leadership Team (SALT), Church Vocations Symposium, and various Chapel retreats to her eventual position as a consecrated deaconess in the Lutheran Deaconess Conference, as well as her pursuit of a master’s in social work. 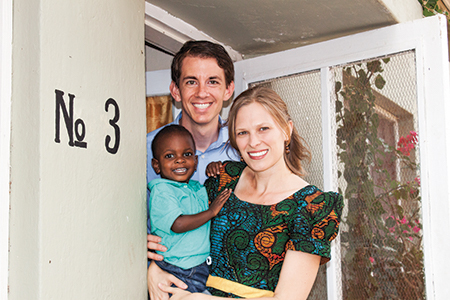 “SALT helped me develop so many aspects of my call to ministry and leadership,” Linda says. “Being the chair of the World Relief Campaign for two years taught me how to fundraise, which is so important in our lives as missionaries.”

The two also have a deep appreciation for Valpo’s emphasis on critical thinking as well as their professors and mentors, whom they say shaped them both tremendously.

“Christ College challenged me to analyze every aspect of an issue and to realize that not everything is black and white,” Eric says. Linda says, “At Valpo, the professors actually know you. I remember sitting in the offices of Walt Wangerin, Fred Niedner, and many others, asking them questions and discerning my vocation with them. I still have relationships with many of my former mentors.”

When it comes to the future, Eric and Linda are committed to remaining in their positions for at least four or five more years. They’re currently in the process of adopting a Tanzanian child, and with the desire to adopt two children eventually.

“For now, we are enjoying being in Mwadui,” Linda says. “We figure we will be here until we feel pulled to the next thing.”