As Forever Valpo: The Campaign for Our Future progresses, let’s take a look back at Valpo’s previous campaigns and the impact of each. 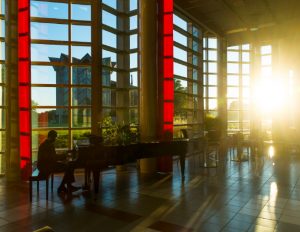 Launched in 1993, the $35,510,000 Lighting the Way campaign was the first of three highly successful campaigns led by President Emeritus Alan F. Harre, Ph.D. This initiative enhanced the University’s core strengths — scholarship, teaching, humanity, and campus environment — and renewed the University’s commitment to the arts. With Lori ’60 and Robert Duesenberg ’51, ’53 J.D., ’01H serving as co-chairs, this campaign saw the dedication of the Center for the Arts as the home for the visual and performing arts. This vibrant space brought together under one roof, for the first time in the University’s history, the departments of art, music, and theatre, creating a place for artistic expression and arts appreciation to thrive. The Brauer Museum of Art, located inside the Center for the Arts, houses a nationally recognized collection of 19th-, 20th-, and 21st-century American art and regularly showcases the works of both art students and faculty. 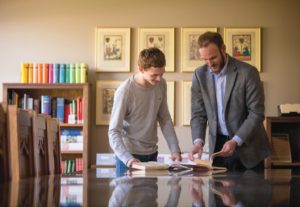 From 1998 through 2002, under the leadership of President Emeritus Alan F. Harre, the University engaged in the Three Goals, One Promise campaign. At the heart of this fundraising effort is the Valpo promise of academic excellence in a community built on faith and learning. In order to fulfill the Valpo promise, this campaign focused on ensuring continued success of its goals in three vital areas: faculty, facilities, and future. 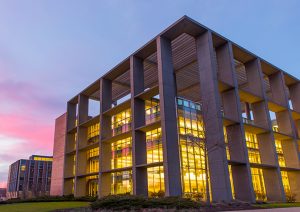 The Christopher Center for Library and Information Resources, a world-class research facility with generous work spaces and several amenities, and the Kade-Duesenberg German House and Cultural Center, the home to all German activities on campus, were made possible because of the Three Goals, One Promise campaign. The Athletics-Recreation Center added the Schrage basketball wing, and the Eastgate Athletics Complex gained a new scoreboard, a fully enclosed press box, and bleachers with a seating capacity of 500.

The College of Engineering benefitted in several ways as a result of this campaign, establishing the Caterpillar Scholars program, which provides scholarships for two to four students each year; upgrading technology and laboratory spaces; and funding the Hesse Learning Resource Center, a tutoring and academic support program housed within the College, which celebrates its 15th anniversary this year. 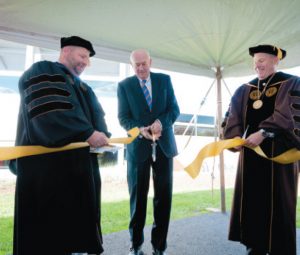 Our Valpo, Our Time

In 2004, as Valpo celebrated 150 years, the University began the Our Valpo, Our Time fundraising campaign. While this initiative was launched under President Emeritus Alan F. Harre, President Mark A. Heckler, Ph.D., was instrumental to the cause in his inaugural year. 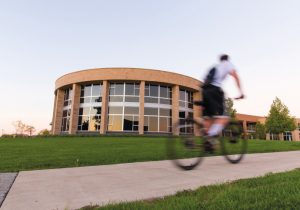 With capital projects as a major campaign priority, Our Valpo, Our Time made significant enhancements to the campus environment, bringing us several new facilities including the Harre Union, the Donald V. Fites Engineering Innovation Center, and Kallay-Christopher Hall. The Harre Union plays an integral role in the overall student experience, providing innumerable amenities, thriving on campus involvement, fostering interaction and cultural diversity, and promoting opportunities for service and leadership development.