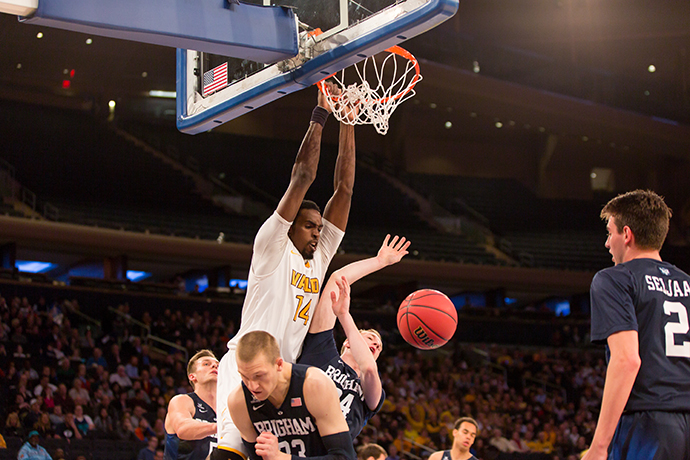 “This opportunity couldn’t happen to a better guy and a better teammate,” Head Coach Matt Lottich says. “I think Miami saw what we
here at Valpo have known for a long time — that Vashil was the best defensive player in the country in college basketball, and that he can bring those defensive skills to the highest tier of basketball and perform at an elite level.”

Vashil evolved into one of the nation’s top defensive presences during his time at Valpo, culminating with a senior season in which he was named the Lefty Driesell National Defensive Player of the Year by CollegeInsider.com and led the nation with an average of 3.31 blocked shots per game. The only two-time Horizon League Defensive Player of the Year in league history, Vashil set a new program record as a senior with 119 blocked shots and closed out his Crusader career with 289 total blocks.

Vashil spent part of the 2016–2017 season playing with Miami’s NBA D-League affiliate, the Sioux Falls Skyforce, and closed the year as a member of the D-League’s Greens.