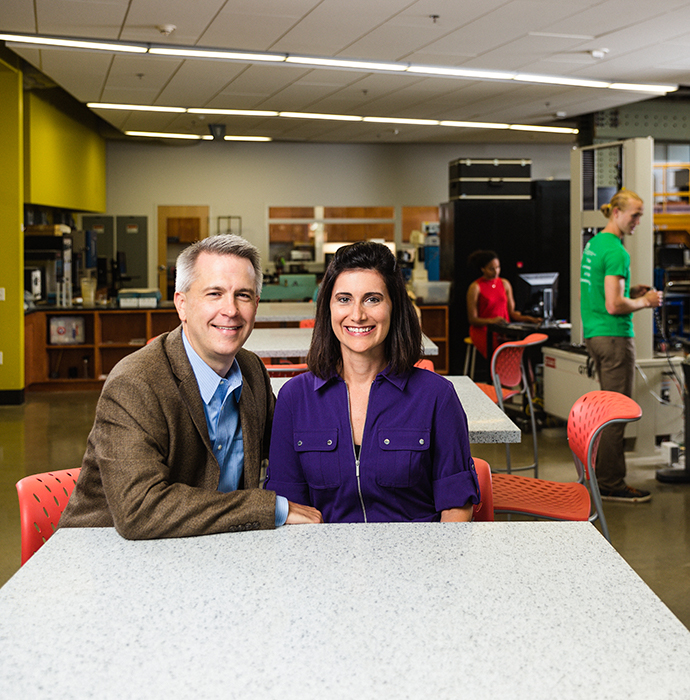 Julie and Jason Winkler graduated more than 20 years ago and have continuously given back to Valpo with their service, contributions, and leadership. They are now serving as co-chairs of the Valpo Fund.

Julie Tiede ’96 Winkler and Jason Winkler ’96 attribute much of who they are to Valpo. It was the place they met, developed their professional skills, nurtured their natural curiosity, and grew as individuals and as a couple. During the past 20 years they have maintained engagement with the University, unselfishly giving their time, resources, and expertise.

Julie and Jason both grew up in Lutheran families and were attracted to the University in part because of its Lutheran heritage, but more because it offered a strong education and smaller classes than they thought they would find at larger state universities. Julie started out as an engineering major, but switched to finance, joining Jason in the College of Business.

As a finance major, Julie had studied derivatives — a type of contract whose value depends on the value of some underlying asset — in several of her classes. The possibility of pursuing a career in this industry was introduced during a field trip with the student finance club to the Chicago Board of Trade. Among the items being traded on the trading-room floor were derivatives — and Julie was intrigued.

“I was fascinated,” she says. “We had taken many classes in derivatives. Here was something we’d been learning about in school being traded in this colorful and interesting environment.” 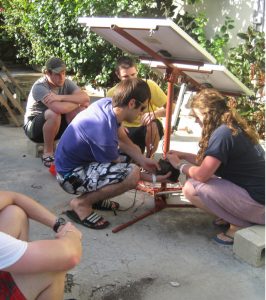 Engineering students collaborate on cutting-edge research for the benefit of society, preparing them to make a difference in the world that needs them.

Back at Valpo, her professors encouraged her to consider employment in the field. So she did, and today she’s managing director for research and product development at CME Group, one of the world’s leading derivatives marketplaces and a company that handles contracts worth roughly $1 quadrillion annually. “Valpo instilled a natural curiosity in me,” Julie says, “and that has served me well.”

“We love to learn,” adds her former classmate and now husband, Jason Winkler ’96, corporate vice president for worldwide sales with Motorola Solutions. “We’re always eager to embark on some new learning curve. That began at Valpo.”

Jason double majored in finance and political science and believes the liberal arts background he received as a business major has given him a significant advantage in his career. “Finance is a black and white discipline,” he says. “Where I’ve excelled is in the gray areas — supporting a sales team or trying to grow a business. I attribute that to Valpo. It’s not about just pumping out finance number crunchers.”

The fondness Julie and Jason feel for Valpo isn’t limited to its academic strengths. Both were involved with Greek life — Jason in Phi Delta Theta and Julie in the Alpha Xi Epsilon sorority. They formed friendships through the sorority and fraternity community, the College of Business, and beyond. Even today they remain close with many of these people. Particularly memorable for Jason were Sunday evening worship services in the Chapel of the Resurrection, which drew people from all kinds of backgrounds, including many who didn’t consider themselves to be religious at all. After the service, people would hang around and talk until almost midnight.

Though it’s been more than 20 years since they graduated, there has never really been a time when the Winklers have been out of touch with their alma mater. Both have been active with the Valpo Admissions Network (VAN) and have served on the National Council for the College of Business. Julie is on the Campaign Executive Committee and has been on the University’s Board of Directors since 2013, and Jason serves on the Presidential Council of Advisors.

They are also co-chairs of the Valpo Fund, which supports Valpo students through five key priorities — scholarships, student experience, academic excellence, Lutheran ministry, and strategic priorities. Tuition only covers about 60 percent of total costs, and Valpo Fund gifts help bridge this gap to make the Valpo experience a reality for students who will lead and serve in a world in which they are needed.

The Winklers have also been generous with their philan­thropic support. About seven years ago they started an endowed scholar­ship for students in the College of Engineering. The Duane D. Tiede Engineering Endowed Scholarship is named for Julie’s father, a retired engineer and former executive with the agricultural and construction equipment manufacturer CHN Global. Duane Tiede didn’t go to Valpo, but Jason says he embodies a lot of Valpo’s strengths. “He is quite a leader in engineering,” Jason says. “While we weren’t in the engineering school at Valpo, we’re pretty confident we know what goes on there. They’re not just turning out X’s and O’s types of engineers, but well-rounded engineers like Julie’s father. That school is a jewel. For us it was a good match.” 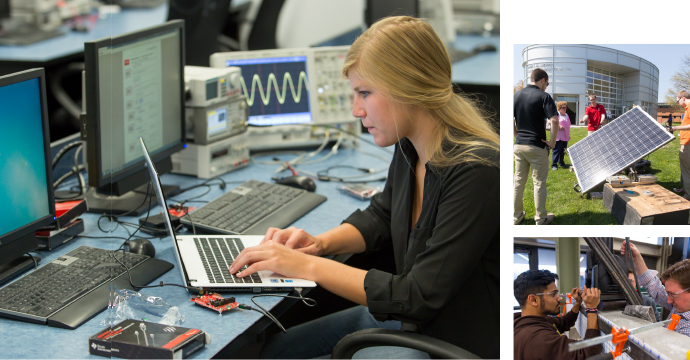 Julie and Jason both received scholarship support to help them pay for their Valpo education, so they understand its importance. They modeled their scholarship on the one Jason received when he was at Valpo, which was funded by William Schlender ’41. “Jason and Bill developed a great relationship,” Julie says. “They stayed in touch. He attended our wedding. Those kinds of relationships are very unique and very special to us. One way for us to pay it forward was to create this scholarship in my dad’s name.” Over the years they’ve heard from many Tiede Scholarship recipients telling them how important the award has been for them.

Given the challenge of paying for college today, it was important to Julie and Jason to fund a scholarship. But it was also important that it was an endowed scholarship. “In very simple finance terms, ‘endowed’ for me means forever,” Jason says. “It’s an enduring gift that will still be here long after we’re gone.” Matching funds from Julie’s and Jason’s employers helped them establish the program and support students quickly.

The Winklers are big fans of the Valpo they graduated from, and also big fans of the Valpo of today. They point to changes, mostly to the campus physical environment — the expansion of the Chapel, the Harre Union, and the Christopher Center for Library and Information Resources. They are encouraged by how the student body has become more diverse, which they note both enhances the student experience and prepares students for the diverse world into which they’ll graduate.

They also like what hasn’t changed. “It’s still dedicated to top-level faculty teaching small classes in an environment that facilitates curiosity,” Jason says. “It’s still about relationships and learning outside the classroom.” 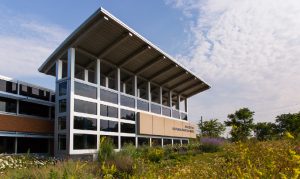 U.S. News & World Report ranked the College of Engineering 13th in the nation among nearly 200 institutions.

The Winklers say they want to see the university they love continue to evolve and improve, and they’re doing their part to make that happen by volunteering their time and supporting Valpo financially.

“When Julie and I went to Valpo, it was a very good school,” Jason says. “In the 20 years since we’ve left, it hasn’t just sat still on its brand and said, ‘Look at us — we’re Valpo.’ It has evolved into a great school. It’s part of that Lutheran ethic: Let’s work hard, and let’s be better.”

Remember those derivatives — what Julie was so intrigued by all those years ago on her field trip to the Chicago Board of Trade — and which derive their value from the value of some underlying asset? It may be a stretch to compare college graduates to a financial instrument, but it’s hard to deny some similarities. The value of a Valpo grad in the workplace, Jason points out, is tied at least in part to the value of an underlying asset — the name of the school on his or her diploma. And that, he says, is yet another reason why Valpo deserves his and Julie’s support. “You want the institution that is on your résumé to be thriving and producing leaders in the world,” he says. “Our support helps that continue.”