Valpo has been blessed with dedicated faculty and staff who have devoted their professional careers and personal resources to the University. They understand the impact of a Valpo education and how it prepares our students to do great things in a world that needs them.

Through their years of service — whether in the classroom, an administrative office, a campus program, or University resource — they help make the Valpo experience possible. By establishing endowed funds, their impact upon Valpo students, faculty, and
programs will live on in perpetuity. 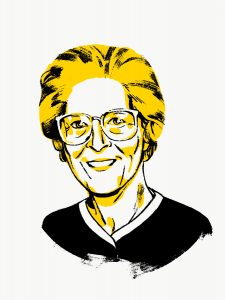 Dee Herscher ’50, ’66 M.A., Stephanie Umbach ’59, M.S., and Dale Kempf ’62, M.S., are three examples of the many faculty and staff who fit this description. Combined, their service to the University totals nearly 130 years. Their legacy will continue through estate gifts, which collectively total approximately $6 million, to establish endowed funds for scholarships and faculty development.

Her 52-year career, from 1950 to 2002, was the second longest in University history when she retired. Adding the four years she spent as an undergraduate student, earning her B.A. in economics and geography, Dee was with Valpo for 56 years. While working, she earned an M.A. in geography in 1966.

Dee was known for the relationships she established, her kindness, and her institutional knowledge. She has been extremely generous to Valparaiso University. In 1980, she established the John and Rosa Herscher Scholarship Fund in honor of her parents. The total amount of her estate gift is still being determined, and it is anticipated that a named endowed chair will be established in her memory. 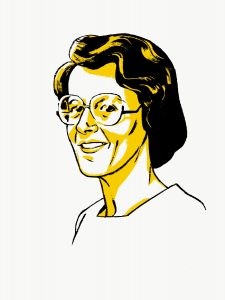 Stephanie Umbach graduated from Valpo nine years after Dee Herscher, and for the next 49 years she served as a member of the Valparaiso University library staff, retiring in 2009. She began her professional career at Valpo as a reference librarian and served primarily as a cataloging librarian.

In 2009, Stephanie was awarded the O.P. Kretzmann Award for her long and exemplary service to Valparaiso University. She was honored for personally cataloging nearly every volume in the library’s holdings as it moved from the Dewey Decimal to the Library of Congress cataloging system.

The Umbach family’s service to Valpo began with Stephanie’s father, Herbert Umbach. He was a member of the faculty for more than 40 years, as long-serving professor of English. And for more than 75 years —
beginning in 1931 when Herbert joined the faculty, through 2009 when Stephanie retired — an Umbach family member served as Valpo faculty. To honor her family’s service to Valpo, Stephanie designated a significant estate gift to establish the Umbach Family Scholarship Fund. 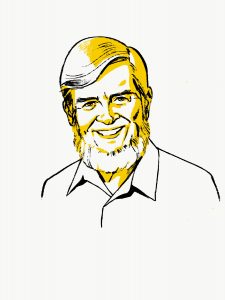 The opportunity to work for Eastman Kodak Research Laboratories in Rochester, New York, drew Dale away from Valpo and into an industrial research and development environment in which he thrived. Dale had a very successful career with Kodak, at a time when the company held a dominant market share of film and camera sales in the United States. In fact, Dale was one of three co-inventors on a U.S. patent owned by Kodak to create a camera-processor for recording and developing images.

Dale retired from Kodak as a senior research scientist in the early 1990s and brought his expertise back to Valpo’s faculty, serving for more than 20 years as an adjunct faculty member in engineering and physics. He was granted emeritus status upon his retirement in 2014. Dale’s estate gift will continue to advance engineering education through an endowed professorship and faculty development in the College of Engineering.

The legacy of Dee Herscher, Stephanie Umbach, and Dale Kempf will forever remain in the hearts and minds of the students, faculty, staff, and friends they touched during their time at Valpo. Their generosity will ensure future generations of students and faculty benefit from their love and commitment to the University.