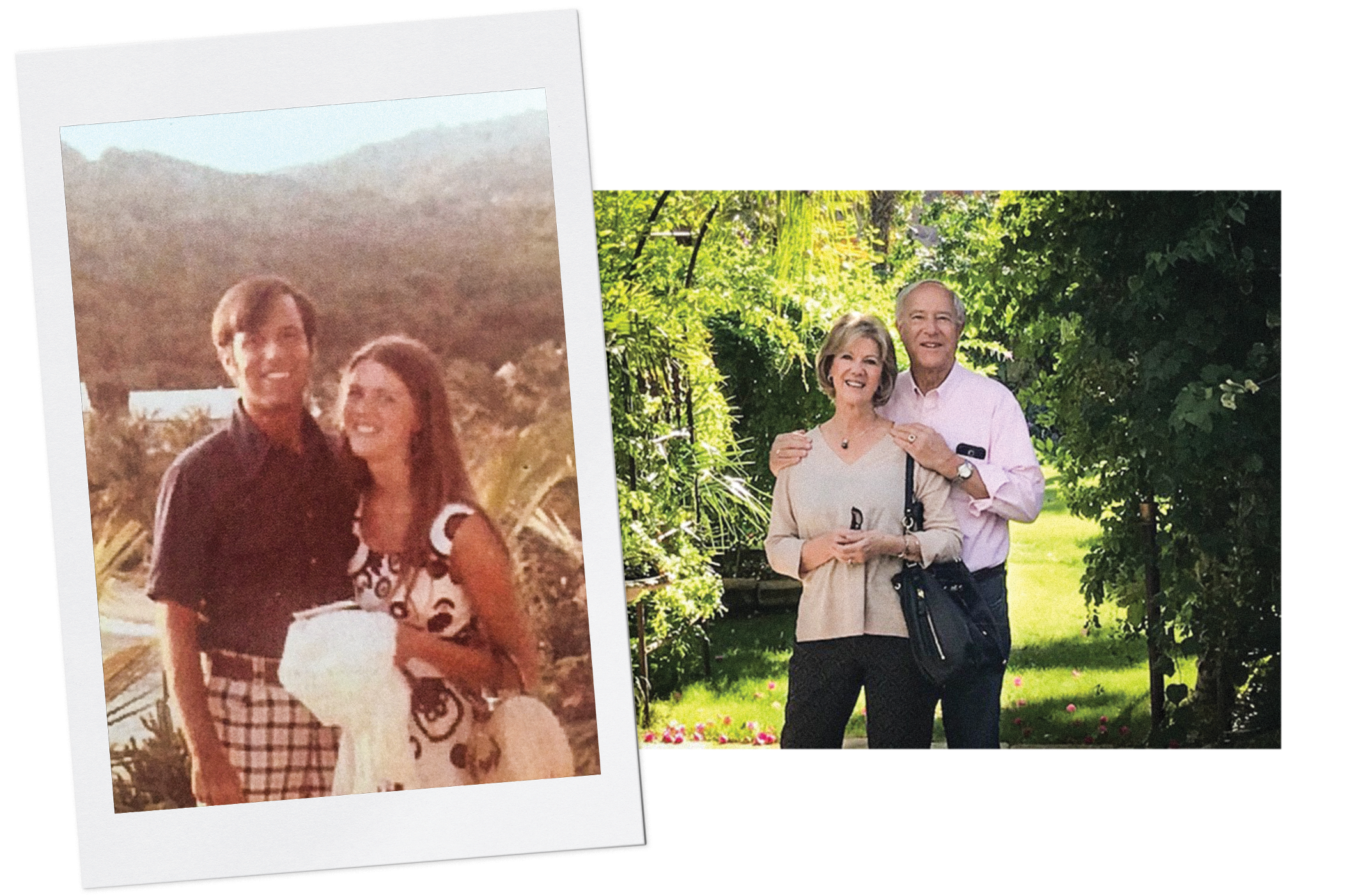 Kathy ’71 and Frank Mehnert ’69 met during a fun-filled evening on Mound Street. And according to them, “the rest is history.” After Kathy graduated from Valpo, the two were married and started a family soon after. It’s a classic Valpo love story. Throughout the years and because of Frank’s positions in sales and marketing for General Motors, the couple moved often. In fact, his job even took them overseas to China. But no matter their location, one thing has always remained constant — the Mehnerts’ love for Valpo.

You take Valpo with you wherever you go. Why is that?

K: We want to share this place with others. While in China, we developed a close relationship with a young woman, Joyce Song 06 MBA, whom we now affectionately call our “Chinese daughter.” Years later, she moved to the United States, and because we spoke so highly of the University, she ended up earning her graduate degree at Valpo!

F: When we talk to people whose children are thinking of going to college, we tell them to think about Valpo. We say, “See if there is something there your son or daughter is interested in. Because its a special place.”

Why do you think Valpo is such an important place, past and present?

K: We received a great education at Valpo. It was small enough that you didn’t get lost, but big enough that you could pick and choose what you wanted to be a part of. The friends we made are still some of our closest friends.

F: The same characteristics it had then — excellent student-teacher ratios, accessibility to professors, campus- life — it still has today. It has stayed true to its roots and ideals but has also kept up with what is happening in the world as far as technology and adding relevant degrees. And because of that, the University has a fantastic reputation throughout the educational and corporate world.

Why do you feel it is important to give back to Valpo?

K: We give so that Valpo continues to be recognized and sought-after for the education it provides. We received so many wonderful benefits by attending the University, and its wonderful to be able to share that with future students.

F: At Valpo, you are not a number. You are part of the University. For both Kathy and me, Valpo is still part of us, and we are still part of Valpo.