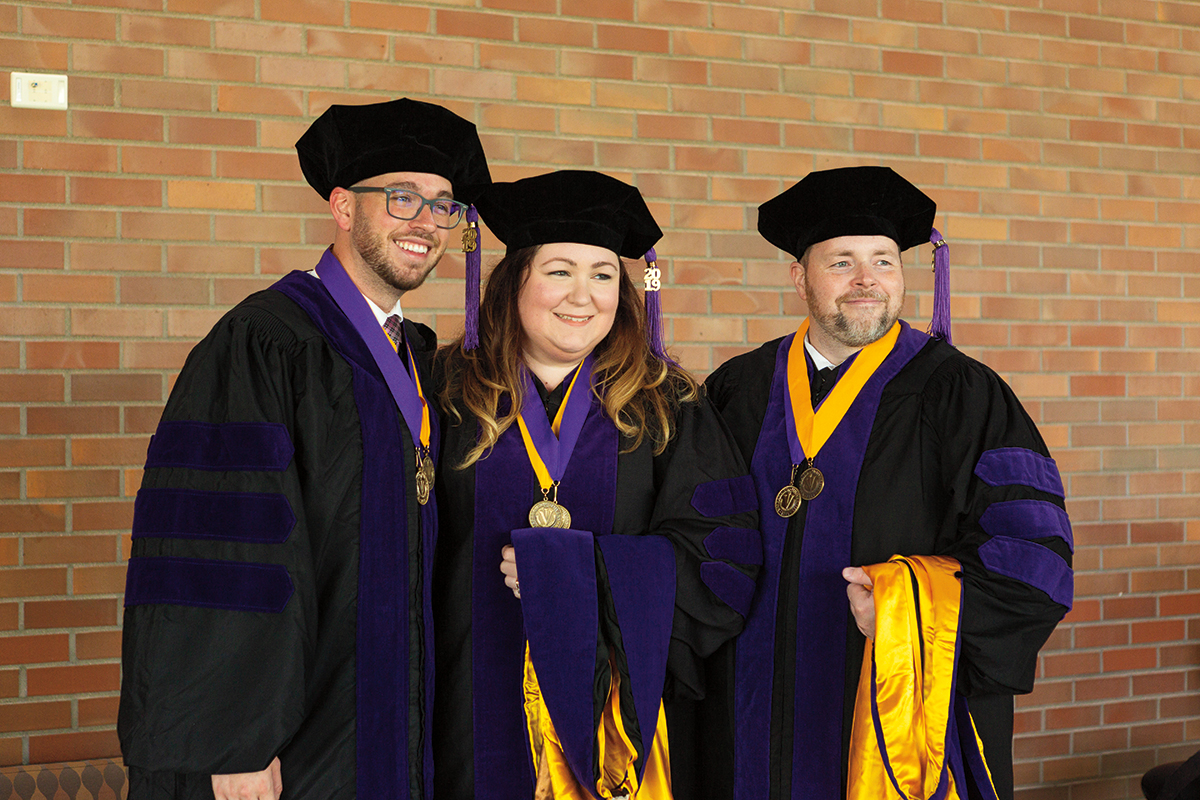 Army veteran. Step-son to a World War II veteran. Probation officer. Husband and father. Mark Livingston ’19 can now add J.D. to his list of titles. But no matter the title or role, Mark clearly has answered the strong call to serve.

Life would lead him to a career as a civil servant, including probation officer and emergency manager—even a stint at the New York City Police Department academy. But after a decade had passed serving municipalities, states, and universities in various emergency preparedness roles, Mark couldn’t wait any longer to pursue his dream.

As a Charles Gromley Scholarship Recipient, Mark began Valparaiso University Law School. Valpo’s history, distinguished alumni, and mission to serve not just the student but the person helped lead him to enroll and prepared him for this next chapter in his life. Despite a two-hour commute from Indianapolis and the birth of his second daughter before his second-year finals, Mark is a law school graduate. 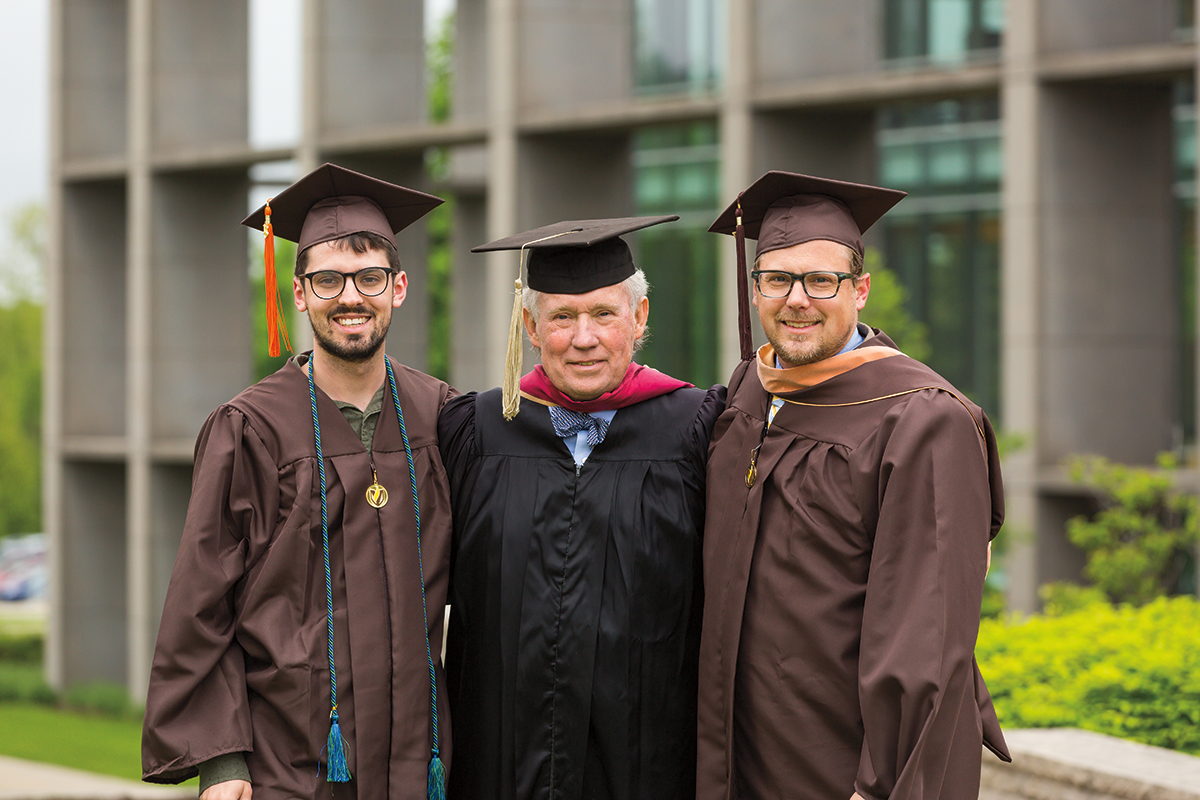 What started more than 50 years ago, when a young William Parsons ’64 graduated from Valparaiso University with a degree in marketing, continued to more recent times when his son, Paul ’17, earned his master of business administration. It didn’t take nearly as long to complete the generational trifecta, as William’s grandson and Paul’s nephew, William Parsons IV’18, earned his computer engineering degree. That makes three living generations of Valpo grads.

Each of the Parsons men has put his Valpo education to good use. The elder William has lived and worked in 42 different countries in a variety of sales, marketing, and leadership roles. He is currently managing director of the Global Advanced Leadership Center. He also sits on the Valpo College of Business Dean’s Advisory Council, and he established the international business program and entrepreneurship studies as executive professor at Western Kentucky University’s Gordon Ford College of Business. In addition, he serves on the United States Department of Commerce Kentucky Export Council.

“Early on, Valpo became a center for our family and numerous long-term friendships,” William says.

It wasn’t until Paul, strategic account manager for Henny Penny, had moved to Valparaiso from Chicago that he considered attending the local university. After meeting his wife and earning a degree from Marquette University, Paul started his career in Chicago. But, after 11 years, he, his wife, and his newborn daughter relocated to Valparaiso. “Valparaiso has become a very special place for our family in many ways,” he says.

Looking to add an MBA to his résumé, Paul considered several collegiate options. Ultimately, his choice really was an easy one. “I looked at many different universities and MBA programs, but Valpo kept bringing me back with how close it was to my home. I also knew and trusted Valpo as a great place to connect with my professors and be pushed in new ways to be myself,” he says.

The youngest of the Parsons had to travel quite a bit farther than his uncle — choosing to attend Valpo after growing up in Alabama. Even though the younger William returned home for work after graduation, he has found his way back to Northwest Indiana, now working as an engineer for Glenmont Global Solutions in Portage.

“I am proud to now call myself part of the Valparaiso alumni community. It is truly special that three generations of our family now have a Valpo diploma, and I am sure it will continue as our family grows. Valpo has become a part of our family tradition, an institution we love and trust.”