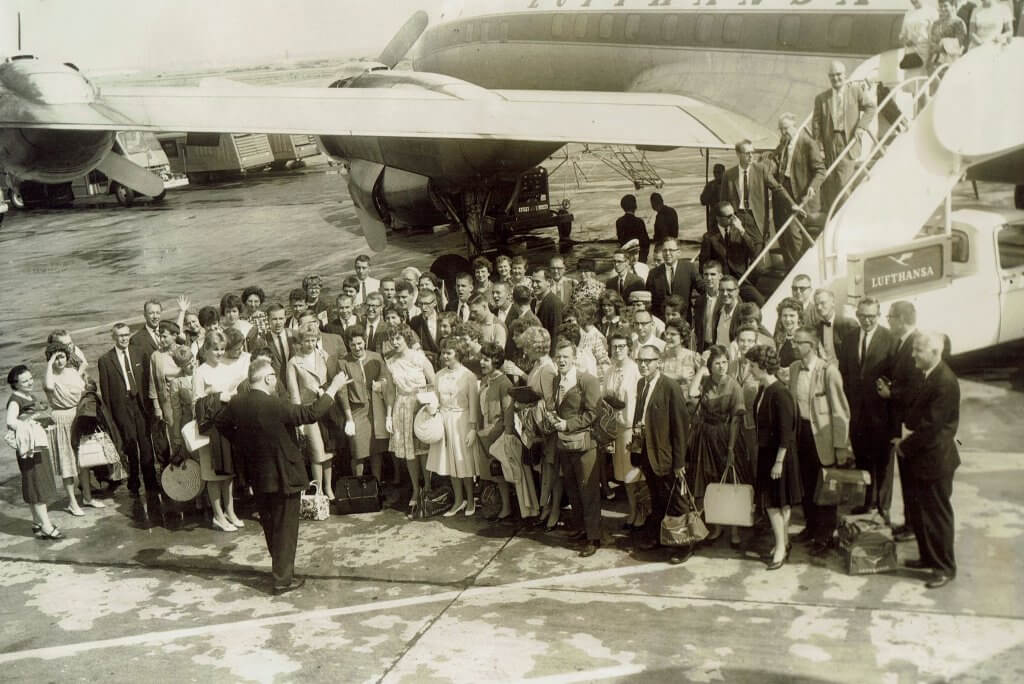 The University Choir, under the direction of Richard Schoenbaum, traveled to Germany for a tour — the first known trip of a Valparaiso University choir to Germany.

The Chapel Choir sings farewell on the tarmac in New York City before boarding their plane for Germany. They shared a plane with 30 delegates of the Church Music Conference, a five-day conference where the choir sang during their nearly month-long tour. After the conference, the choir traveled throughout Germany as well as other parts of Europe — Switzerland, Austria, Italy, France, and England — giving concerts along the way.

The University Choir, directed by Eldon Balko, embarked on a 15-day tour through Germany and Austria, during which they visited St. Thomas Church in Leipzig, Germany. American choirs usually avoided East Germany (where Leipzig was located) during this time, but the University Choir decided to visit because
St. Thomas Church is traditionally seen as the home church of J.S. Bach. During their visit, other tourists and visitors of St. Thomas encouraged the choir to sing on the steps near Bach’s grave, which they did. 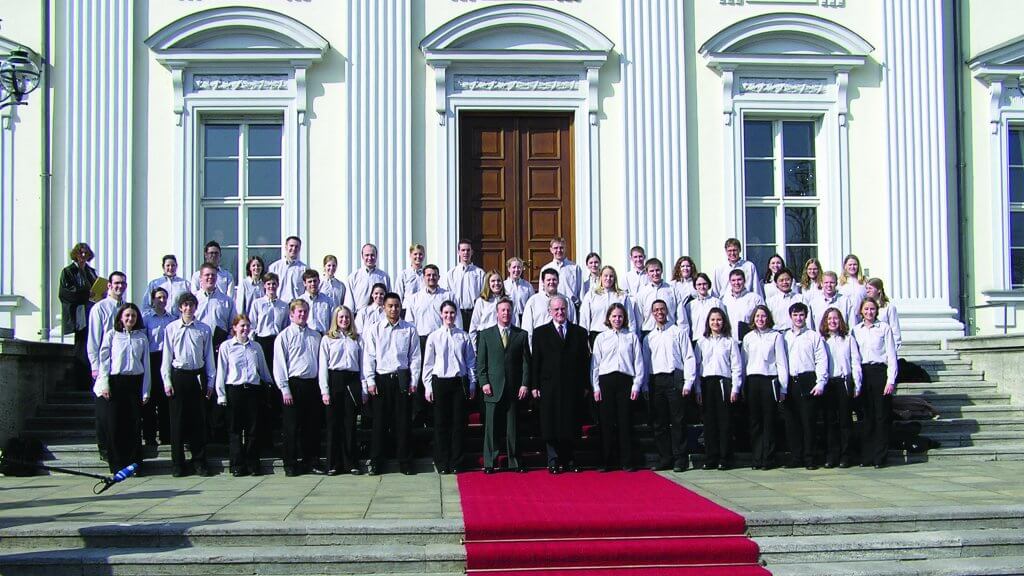 During their first concert tour in 2004, the Chorale was personally welcomed to Germany by German president Johannes Rau at Castle Bellevue, his official residence. Directed by Christopher M. Cock, the choir sang in Dresden, Berlin, and Wittenberg and completed its first weekend residency at the St. Thomas Church in Leipzig, the first by an American collegiate choir. 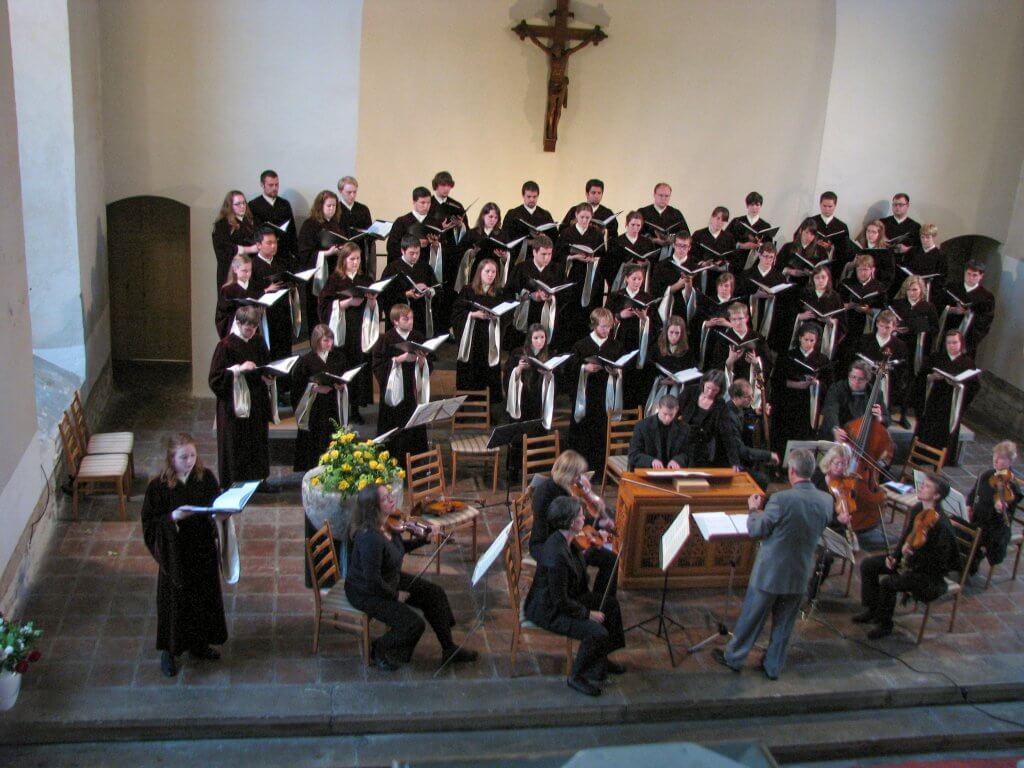 With concerts in Mühlhausen, Dresden, and Halle, as well as a second residency
at St. Thomas Church in Leipzig, the Chorale’s 2007 tour continued to forge a connection between Valparaiso University and Germany, particularly
St. Thomas Church. The Chorale sang two performances of J.S. Bach’s St. John Passion in collaboration with the Leipzig Baroque Orchestra during this tour. 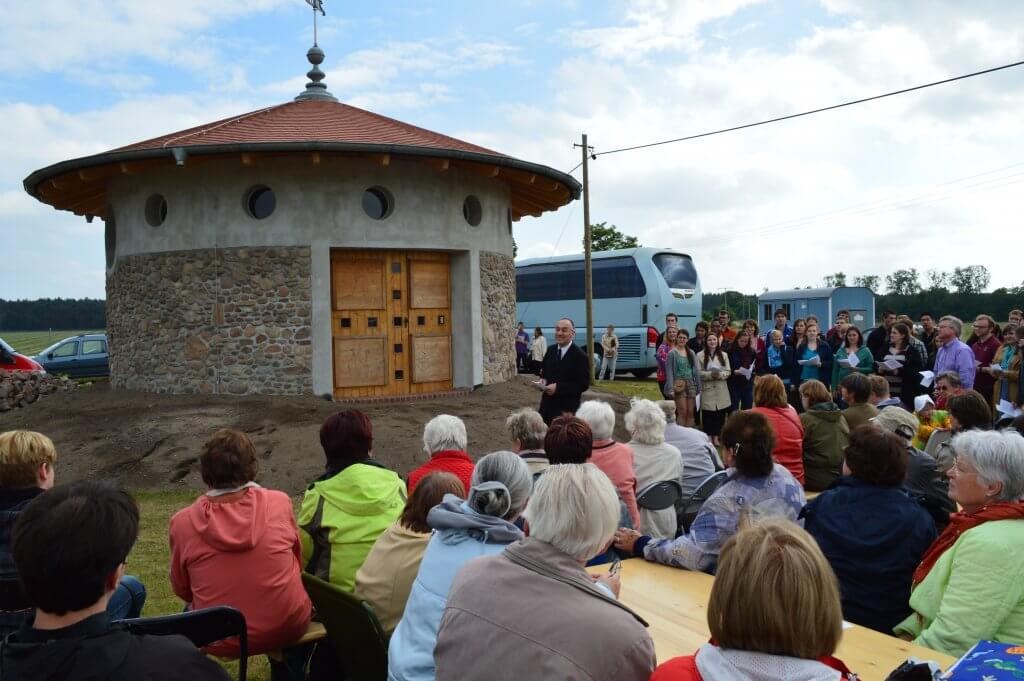 The Rev. Thomas Meinhof invited the Chorale to sing at the Richtfest (topping-off ceremony) of a new chapel in Mark Zwuschen in 2010. Hundreds of people joined the festivities to celebrate this momentous occasion — the first new worship building constructed in more than 50 years in what was formerly East Germany. The rest of the Chorale’s tour took them to Köthen, Leipzig (for their third residency at St. Thomas Church), and Bernburg. During the tour, the Chorale also stopped for a concert near the Valpo Study Center in Reutlingen. 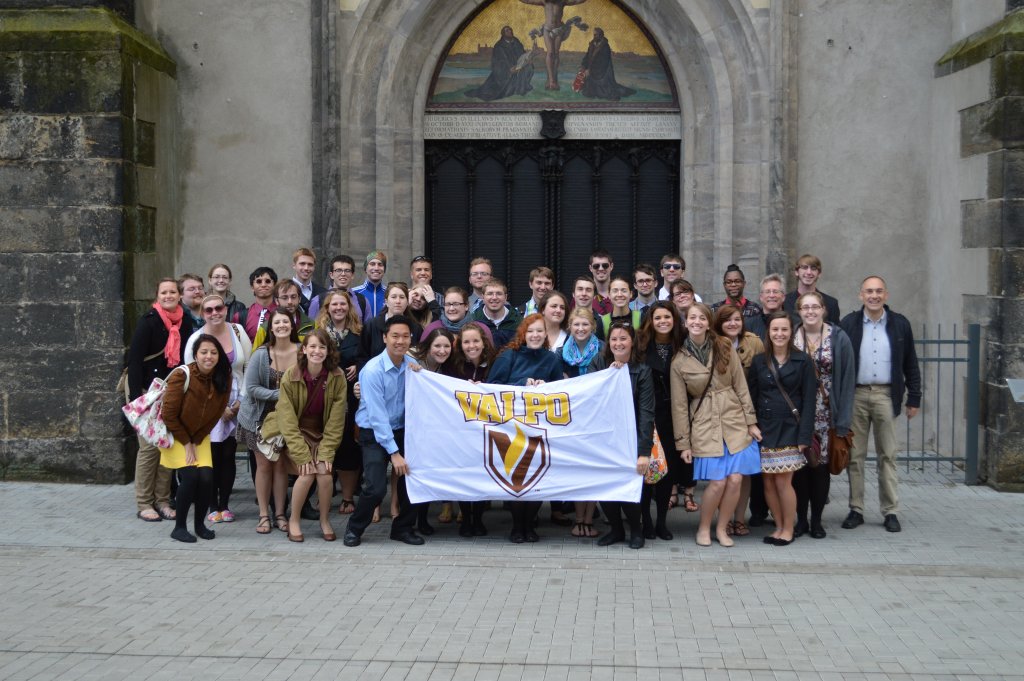 President Mark Heckler joined the Chorale on their 2012 tour. At the invitation of the Bach Archive in Leipzig, the Chorale performed the opening Bach cantata at the annual Bach Festival, which celebrated the 800th anniversary of St. Thomas Church and the St. Thomas Boys Choir. During the trip, President Heckler signed an agreement between St. Thomas Church and Valparaiso University to continue the special relationship forged throughout the years. The Leipzig Baroque Orchestra joined the Chorale for a number of concerts throughout Germany during this tour. 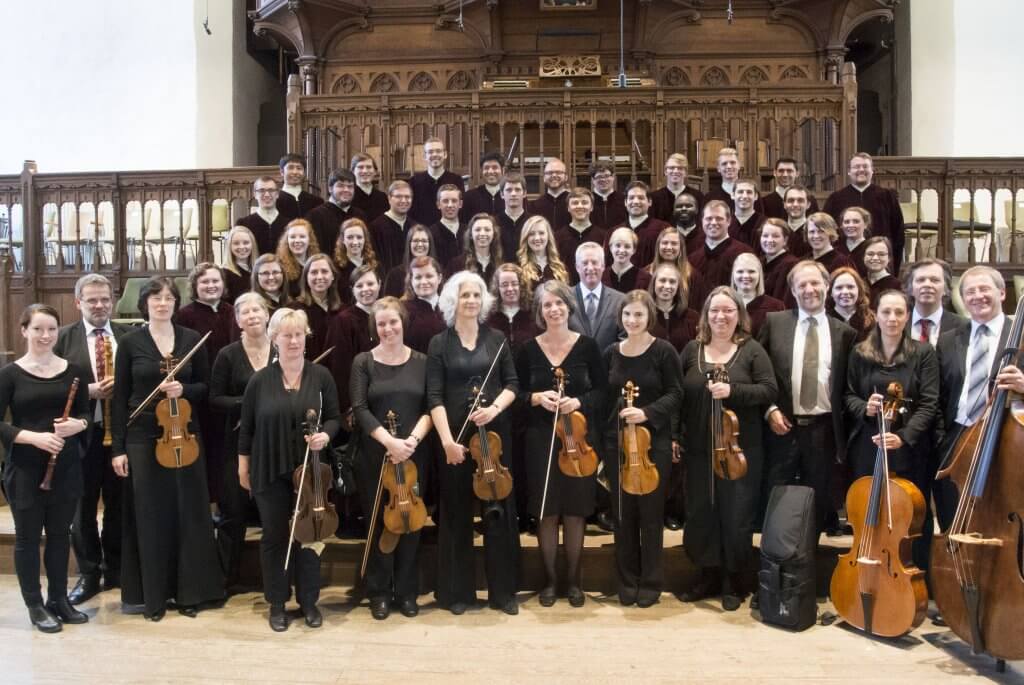 The Chorale returned to the Leipzig Bach Festival in 2015. This tour also included their fifth residency at St. Thomas Church, as well as concerts in Halle, Köthen, Lübeck, and Dresden. Not only did the Chorale perform more traditional concerts during this tour, but they also sang for the annual festival at the Diest-Hof, a home for developmentally disabled adults located in Seyda, Germany. 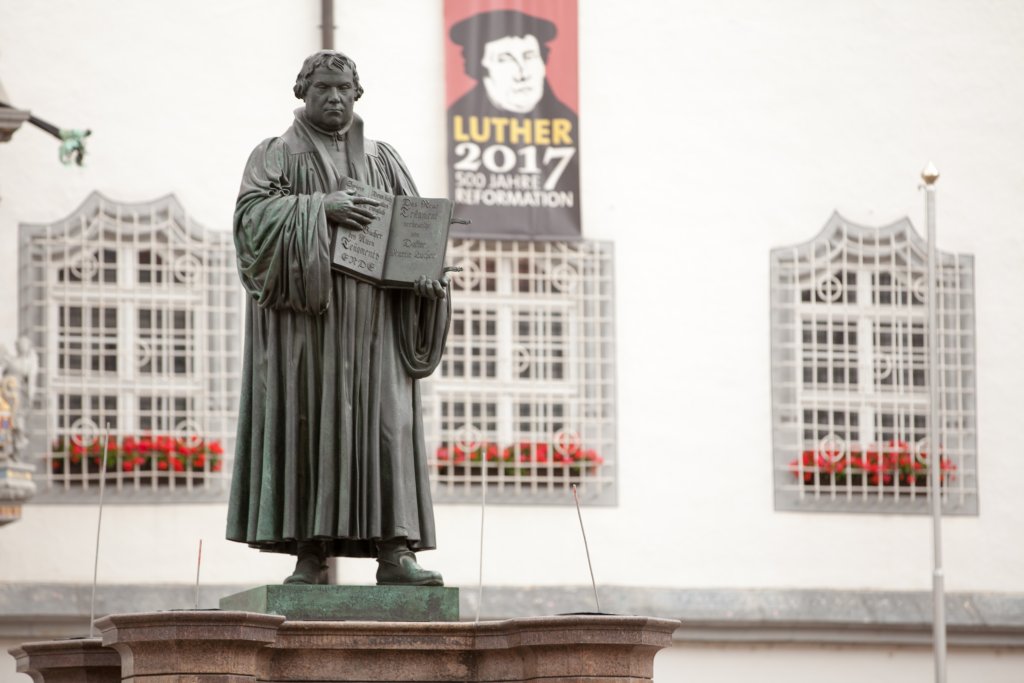 The Chorale traveled to Germany once again as the only international choir invited to perform as part of the 500th anniversary of the Reformation at the Castle Church in Wittenberg. While in Germany, they also helped commemorate the 50th anniversary
of the Valpo Study Center in Reutlingen. Other special highlights of this most recent tour included the dedication of a bell with the Chorale’s name cast into it at a church in Seyda, Germany, as well as the Reformation festival service at
St. Thomas Church.