Stretching toward the heavens, the Brandt Campanile reaches heights unmatched by neighboring buildings and towers over campus as it marks the progress of time with each chime. 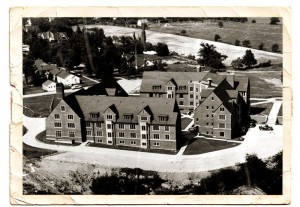 However, the sounds of the Chapel bells are never quite as sweet as their anticipated announcement of 4 o’clock on a sunny Friday afternoon when the weekend begins. The doors of Mueller Hall spring open as students shuffle out after class with a favorite professor and stroll past Guild and Memorial on their way home.

Sound familiar? Whether your Valpo experience mirrors this account or a similar version, many of us can agree that the walk from New Campus to Old on a spring Friday afternoon is a comfortable memory. But, what you may not know is that the University Guild played a significant role in shaping this narrative you treasure so dearly.

You might remember the Guild for its care packages, birthday cakes, cookbooks, and regional summer send-offs. Yes, these too evoke nostalgic feelings of your undergraduate years. But as the name of the collegiate-Gothic style residence hall suggests, the more than 80-year-old organization has contributed far more to the student experience you loved and cherished than you might realize.

“Every single Valpo student has been impacted by the University Guild since the organization’s founding,” says Linda Roettger ’74, executive director of the Valparaiso University Guild and longtime member.

Founded in 1931, the University Guild has remained steadfast in its mission — to serve Valparaiso University and its students. Since that time, it has formed into a national organization with more than $2 million in endowed funds to enhance the work of the University in various ways.

The Chapel bells you heard echoing throughout campus — those too were a part of the Guild’s many contributions, along with the Center for the Arts lobby and the Memorial Chapel, which is now the Chapel of the Resurrection.

“The Guild has provided extensive financial support to grow and enhance the Valparaiso University campus,” says Linda. “In fact, every building on campus since 1931 has in some way been supported by a Guild project.”

Throughout the years, the Guild has helped fund various items such as thermometers for the biology club, supply and travel expenses for Engineers Without Borders, and an international film collection for foreign languages. And since 1975, proceeds from the Guild’s cookbook endowment have supported up to eight students with scholarship support each year. 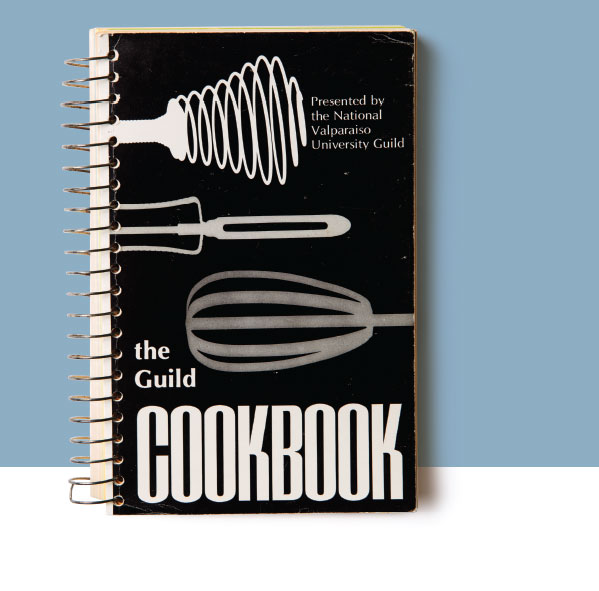 With gifts and grants that have a direct impact on students, it’s no wonder why many Guild members feel a strong connection and affinity toward the University and their unique contribution to it.

“I see my membership in the Guild as the primary way that I give back to the University,” says Victoria Flood ’92, chair of the University Guild Board of Directors. “I love the fact that I can speak specifically about how we as the Guild have assisted in enhancing the student experience — that we can point to grants and scholarships that support Valpo students.”

Although the organization’s mission has not changed, the make­up of the Guild has. Once an all-women’s organization, the Guild first welcomed men into its membership in 2006 and has evolved from a regional chapter structure to a national voting body.

“Anyone who has the desire to support students should be able to join the Guild, and the more people who join, the more successful we are in fulfilling our mission,” says Victoria.

In the coming years, the Guild will continue its longstanding dedication to students, and it also hopes to strengthen partnerships with other organizations that share similar commitments. The Guild recently partnered with the Institute for Leadership and Service to sponsor a one-day conference for students and community members on “Millennials, Faith, and Philanthropy.” This event was just the first of an ongoing relationship between the two organizations, which both aim to foster stronger relationships between alumni and students.

Just as the Guild has helped shape the student experience for the past 84 years, the organization will continue to do so for generations to come. And as the campus landscape continues to transform during the next 84 years, there are many things that will ring true — the common Valpo story that connects us all and the chimes of the Campanile on a spring Friday afternoon.