The Harre Union at Valparaiso University will be a lively destination at the heart of your education through state-of-the-art facilities, high-quality services, wide-ranging student activities, and life-impacting experiences.

The Valparaiso University Harre Union department provides a comprehensive program of social, cultural, recreational, spiritual, and educational activities and services that complement the mission of the University. As the community center for the University’s campus life, the Union is a dynamic, innovative, inclusive, and inviting gathering place for students, faculty, staff, and the extended University family and guests.

In addition, the Valpo Union supports the Association of College Unions International (ACUI) statement on the Role of the College Union. We affirm that the Union is at the center of college community life, a student-centered organization that encourages self-directed activity and opportunities for growth. 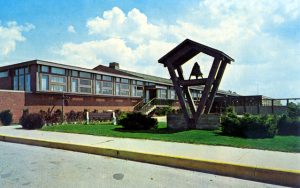 In 1947, Valparaiso University students, acting collectively, agreed that the most needed building for Valpo’s campus was a Union. Subsequently, the students began efforts toward the realization of such a facility. On May 28, 1955, following the dedicated work of students, staff, and supporters of the University, the Valparaiso Union was dedicated. Major remodeling to the Valparaiso Union took place in 1975 and again in 1995. Planning for a new facility began in 2001, with the old Valparaiso Union eventually closing in December of 2008.

The largest construction project in University history culminated in the opening of the Harre Union in January 2009. The 202,000-square-foot building was part of a $74 million project that included construction of the two-story facility in addition to expenditures for furnishings, kitchen equipment, development of supporting campus infrastructure, site preparation, professional fees, and an endowment fund to support building operations. The project has centralized many student services (including dining and mail services) that previously were provided in several locations, and the Union was completely funded by private gifts — no tuition fees were used in the construction of this project. 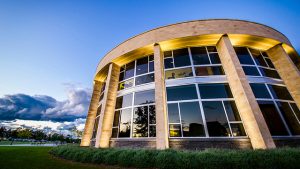 The current facility provides an array of amenities designed to enhance the sense of community on campus, foster leadership development, promote opportunities for service and understanding cultural diversity, support the academic program, and provide a variety of services to students. There are numerous places where members of the campus community can gather to interact with each other, ranging from living room-style lounges to a central location for mail delivery, from a large dining room to a small café, and from areas for informal recreation to a large ballroom for lectures, dances, and concerts.