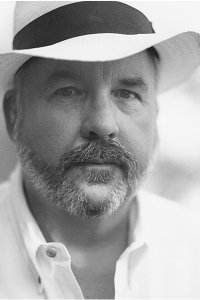 Walk home every day from school

in re-soled shoes when there’s ice

on the poles, and clean air

Look over your shoulder where

St. Michael and his flaming sword

would be watching, making sure.

Tell us what you see?

on the Evening News, Dorothy Kilgallen

and Kitty Carlisle on What’s My Line—

for Timex, will remind you that

its shelf wear no matter where you are.

This is no country—as the old man said—

for old men. The birds—those that are left—

have flown.  Find the clouds you cherished

Search the stars, reread the hard-edged

scatter of notes in the margins—

with nothing, a prerequisite to the past,

to the next handful of hendecasyllabics

in support of war.

in the back room in their pin-striped suits,

forget the flicker of images skipping

against the wall where you were 5 years old

among the tide pools, your parents’

almost no traffic pushing back the air. . . .

Never mind the poor, the neighbors you know.

Proceed as if no one’s lied to you, as if

it’s axiomatic that the next cortege of particles

will sing back the atomic mix ad infinitum.

Exhale slowly now as the tide slips back

unconsciously after each dulled wave.

Stretch. Your last breath is out there,

coming out of the long suffering blue.

despite tearing through my 20s,

in the tower district half the night

beneath the wandering arithmetic

I refused to leave

my disappointments in the streets,

in my rose bed

my jeans every time I turned around.

My hope most days

was for a few anapests of wind

in the sycamores and Chinese elms

stationed as I was

by a swamp cooler

and a yellow pad,

a palimpsest of dog-eared idioms

and not one note of inspiration

in the Mulberry tree

half a dozen times for jobs,

an inability to suffer

made it back to the coast

I’d given my blood to the seas,

of salt still as useless

as the surf grumbling

along the sea wall,

in its grey bones,

an on-shore breeze comes up

the syllables of the dark behind it.

time passes through the world, dust

settles on our eye glasses

reminding us of the fractures

My conversations with clouds

moored on the outskirts

some doves muttering among the palms. . . .

It would have been nice

to disregard the winds

to carry my complaints,

my coat pockets still heavy with them

as I patrolled the harbor

Tonight, looking out to the scars of light

I think the problem could be

that the birds I spoke to

all these years had no reply—

the problem could be

the confusion in dreams,

what are we, really,

ever going to know?

I gave up trying

to make the figures

add up decades ago,

to carry to a bench

where I can comfortably

spiking at the point,

inside a head-high tube,

and lip of the wave,

hallelujahs as I shot

I was never thinking

voices all the way

I can only attest

the outline of the trees

at dusk, the dry leaves,

of joy and the benefits

due me from the air

where I still do

what I can to connect

off into the blue,

into what little I know

I suppose it was

reasonable to look up

and hope for something,

uncommitted as I was

the hearsay of the heart.

Safe now to sit out here,

thrown up their hands

but I’m not there yet.

Feet on the ground,

I keep turning over

a lifetime of blind guesses,

rounding off my chances

to the nearest zero,

the swells to find