The Arc of Faith: The Mind’s Journey Away from God and the Possibility of Return 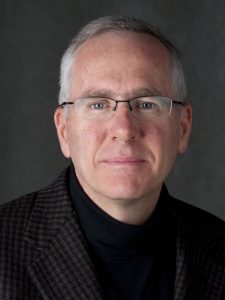 Mark W. Roche is Joyce Professor of German, Concurrent Professor of Philosophy, and former Dean of Arts and Letters at the University of Notre Dame. His publications have been on German literature and on philosophy, film, and higher education. He is the author of nine books, including Why Choose the Liberal Arts? (University of Notre Dame Press, 2010), which received the 2012 Frederic W. Ness Book Award from the Association of American Colleges and Universities, and Why Literature Matters in the 21st Century (Yale University Press, 2004), which was chosen as an Outstanding Academic Title by Choice Magazine. His most recent book, forthcoming in early 2017, is Realizing the Distinctive University: Vision and Values, Strategy and Culture (University of Notre Dame Press). Roche teaches courses in German as well as broader courses, such as “Faith, Doubt, and Reason,” which integrate the arts, humanities, and social sciences. In 2013 he received the Joyce Award for Excellence in Undergraduate Teaching and in 2006 the Kaneb Award for Excellence in Undergraduate Teaching.