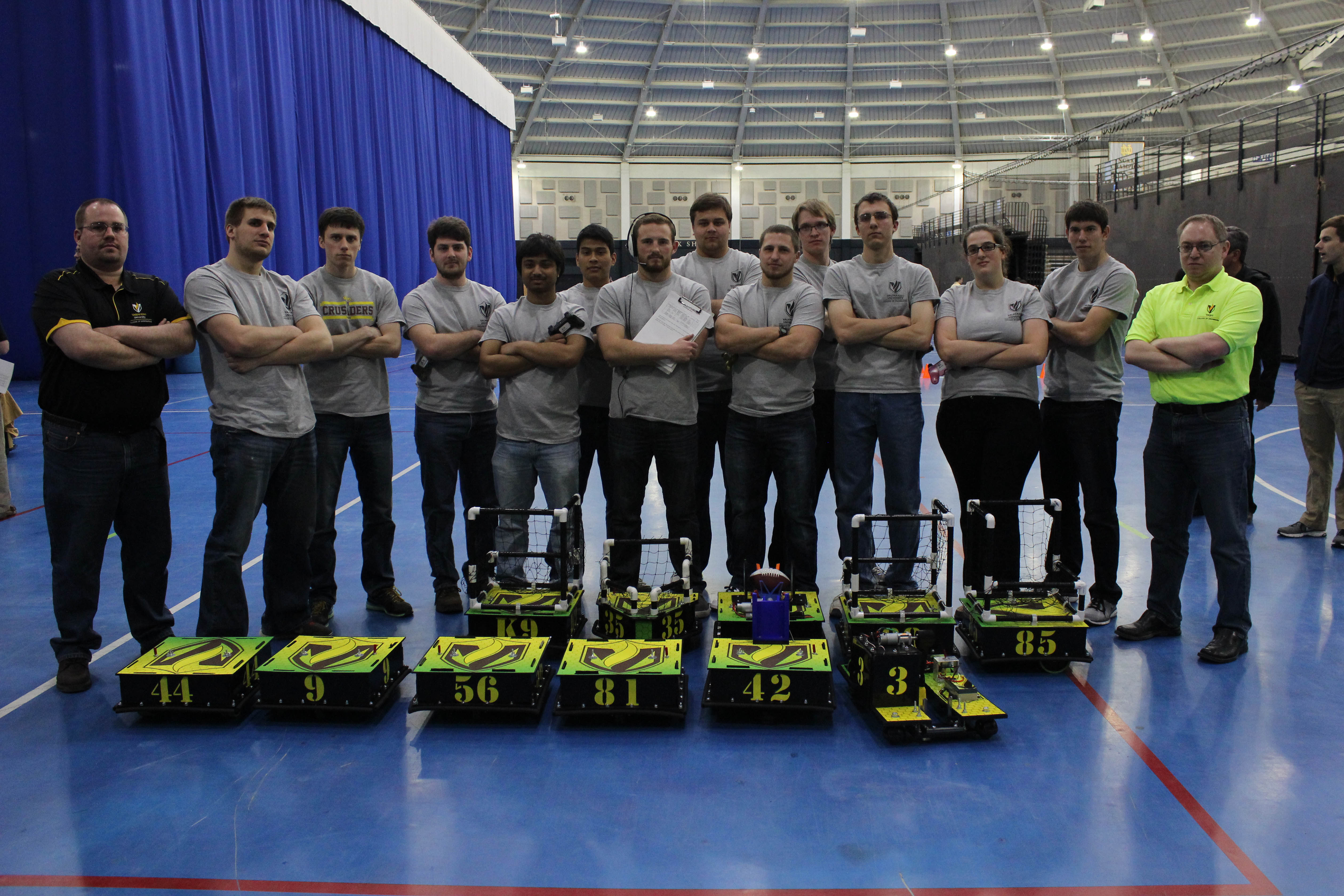 Kokomo, and Indiana University-Purdue University Indianapolis (IUPUI). The five teams competed in various events:  60-Ft Shuttle, 3-Cone Drill, QB accuracy, Kicking, Strength, and Speed. Out of the six combine events, Valpo came out on top in the 60-Ft Shuttle, 3-Cone Drill, QB accuracy, while finishing second in the Speed Test with a bonus for winning the additional Terminator event.

The team started the design process in September. Their design approach from the beginning was to keep it simple, but effective. The whole process took more than five months from the initial design to the building of the eleven robots.  The robotic team includes specialty robots such as the Quarterback, Running Back, Center, and Kicker. With access to the College of Engineering’s manufacturing lab, students were able to create several of the robots’ operating parts on campus.When asked if their Robotic Football team has an MVP robot, Hayden Hast, Team Captain responded, “We are proud of how hard all of our robots competed at the combine. And although our Robotic Team recognizes that football is a team sport, I think the spectators and other teams would agree with me in saying that our Quarterback performed phenomenally in the QB Accuracy Test, earning 378 points, whereas 2nd place received only 238 points.”It is also worthy of notice that even with the well designed and well-built robots, Valpo’s success would not have been possible without the very skilled drivers that put in hours of practice in the months leading up to the combine. Congratulations Valpo Robotics Team!

Families, friends, Valpo students, staff, faculty, and indigenous Valparaisoans are all invited to come cheer on the robotic football team when Valpo hosts the inaugural Valpo robotic football game against Purdue University – Kokomo. The game will take place in our very own Athletic Recreational Center in the Hilltop Gymnasium on Saturday, April 25h. Kickoff is scheduled for 1:00 pm. Admission is free of charge. Click here to see our promotional flyer.Click here for more information on Saturday’s game.