The Midwest Robotics Design Competition (MRDC) is held every year at University of Illinois Urbana-Champaign. The competition rules change every year, but it always centers around manipulating objects on a course to score points. Four robots are in the arena at a time, competing in what very quickly becomes a full contact sport.

In 2018, Valpo Robotics had one of the most successful years. Ernie finished second in the competition, and Marvin finished third and won the Most Innovative Design Award. This course included a Simon Says game and a rope pull for the robots. The tasks were to collect foam balls and soccer balls and then climb up onto a platform to deposit the balls in a bin. Ernie went for the soccer balls while Marvin was able to climb up a wall to deposit foam balls. Read more in the Recap here.

In past years, the 2016 season featured large cannons that could be triggered to launch foam balls across the arena, which must be scored in a central rotating bin. This bin was inside a walled off area that could only be accessed through doors which proved quite difficult to open. Inside this closed off area were also golf ball dispensers, which could be activated by turning a knob to release the balls. Outside the arena were boxes that these could also be scored in. Valpo Robotics submitted 4 robots this year, and took home 3rd place and the Most Innovative Design Award! 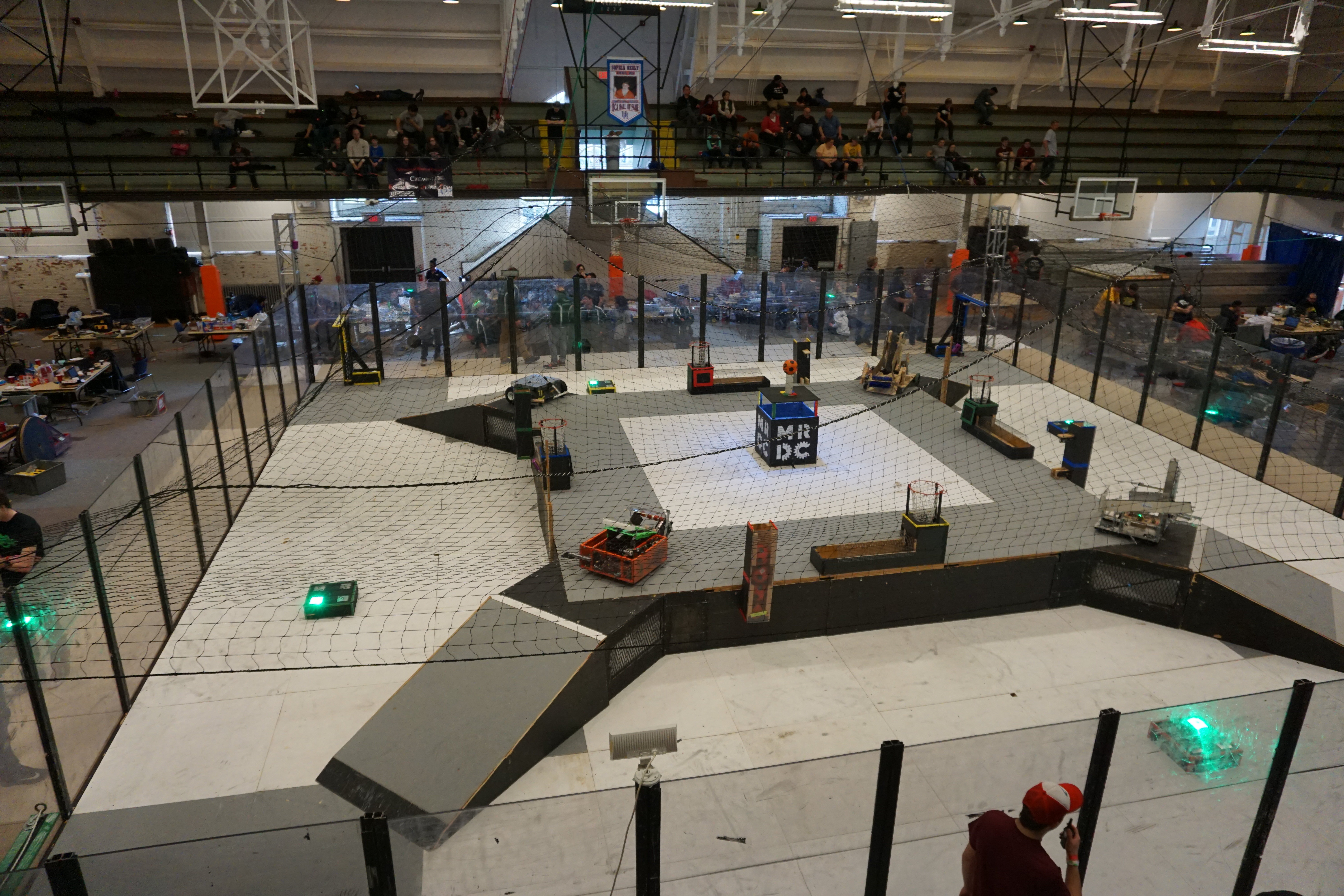 The course included two layers in which four teams compete. Each team completes a task to win points and the most points in six minutes wins. First, the robot must play Simon Say or complete the rope pull to move on to the next challenge. Then the robots must collect foam and soccer ball and deposit them into the bins in the raised center.
The team 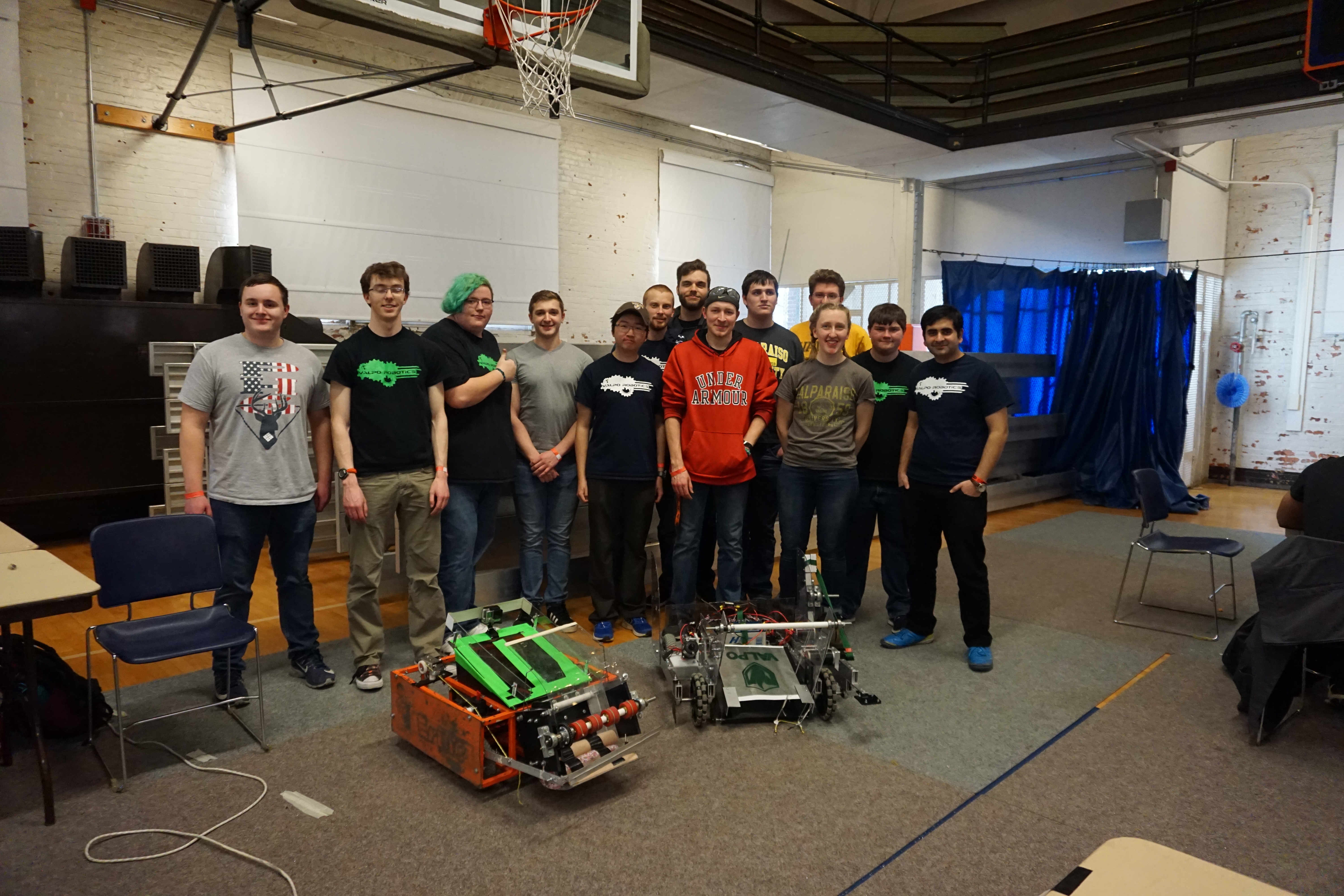 The 2018 team and the two robots Marvin and Ernie.
Ernie 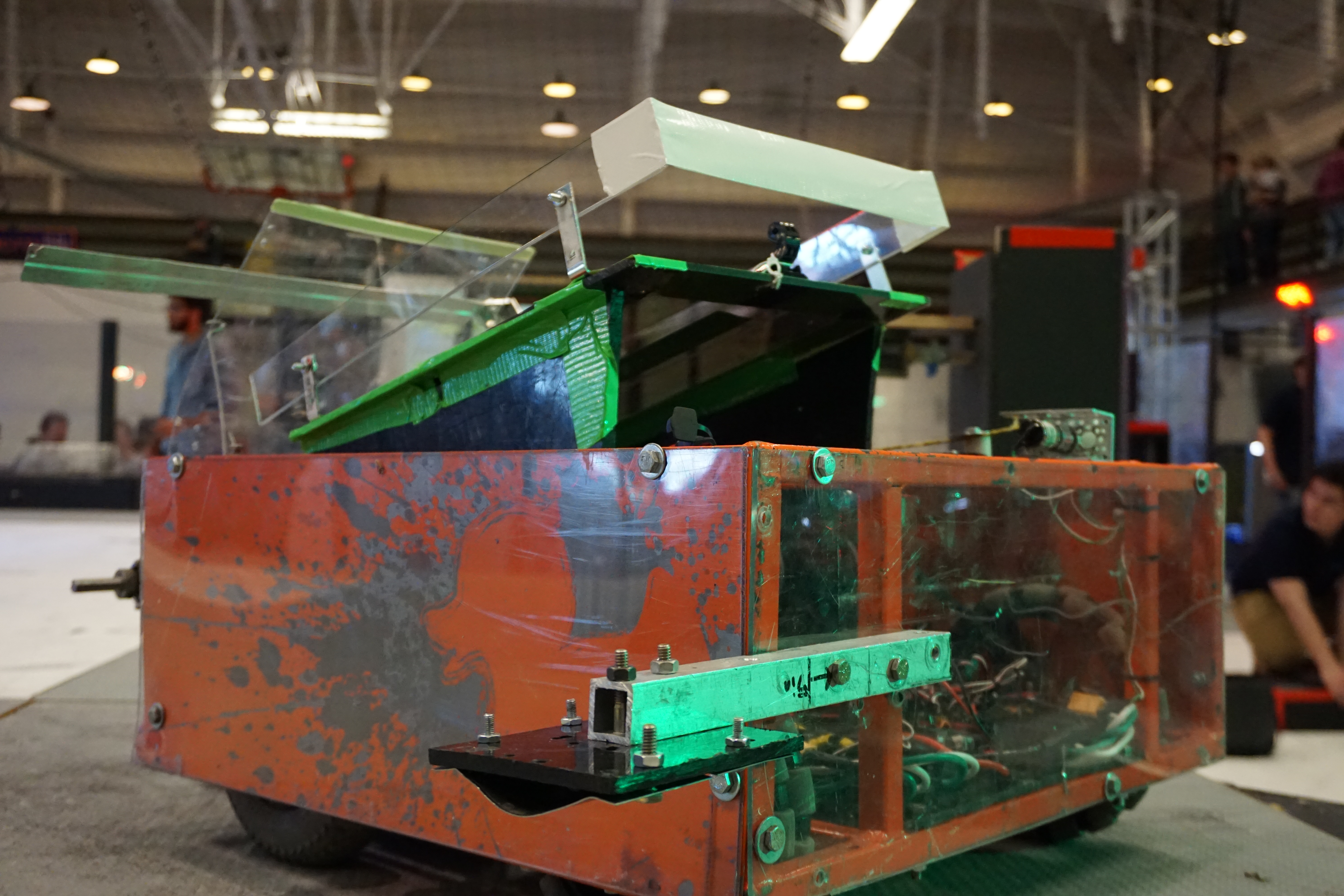 Ernie was simple yet effective. His effective design allowed him to finish with time to spare and in second. He was able to play Simon Says with ease and then collect four soccer balls and the bonus ball in the center. Then he used the lever on the front to open a hatch and deposit the balls in the center of the arena.
Marvin 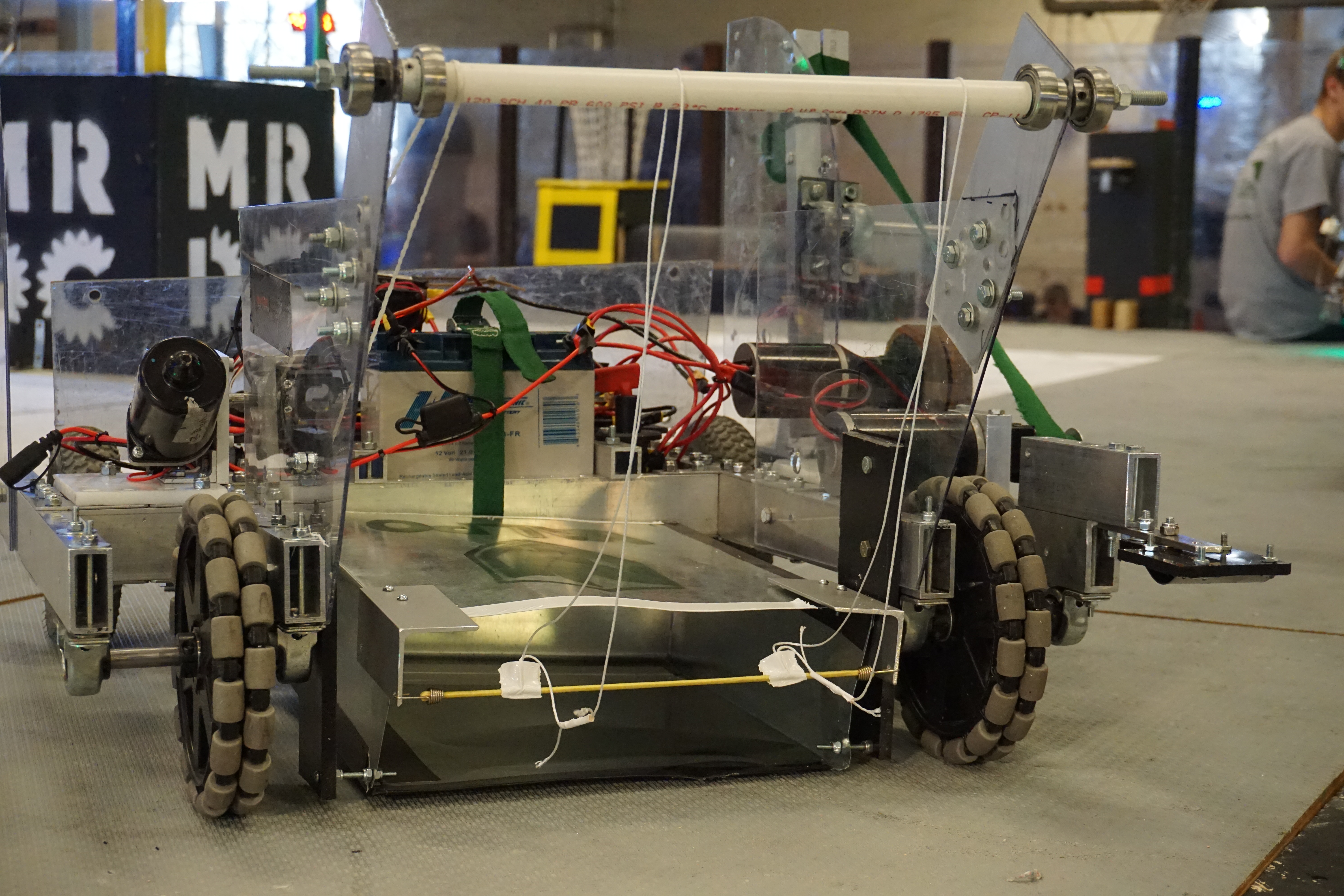 Marvin won the most innovative design and third place. Marvin used a spinning wheel to comple the rope pull, and then was able to collect the foam balls. Marvin was then able to tip backwards to reach higher and deposit the foam balls in the center. 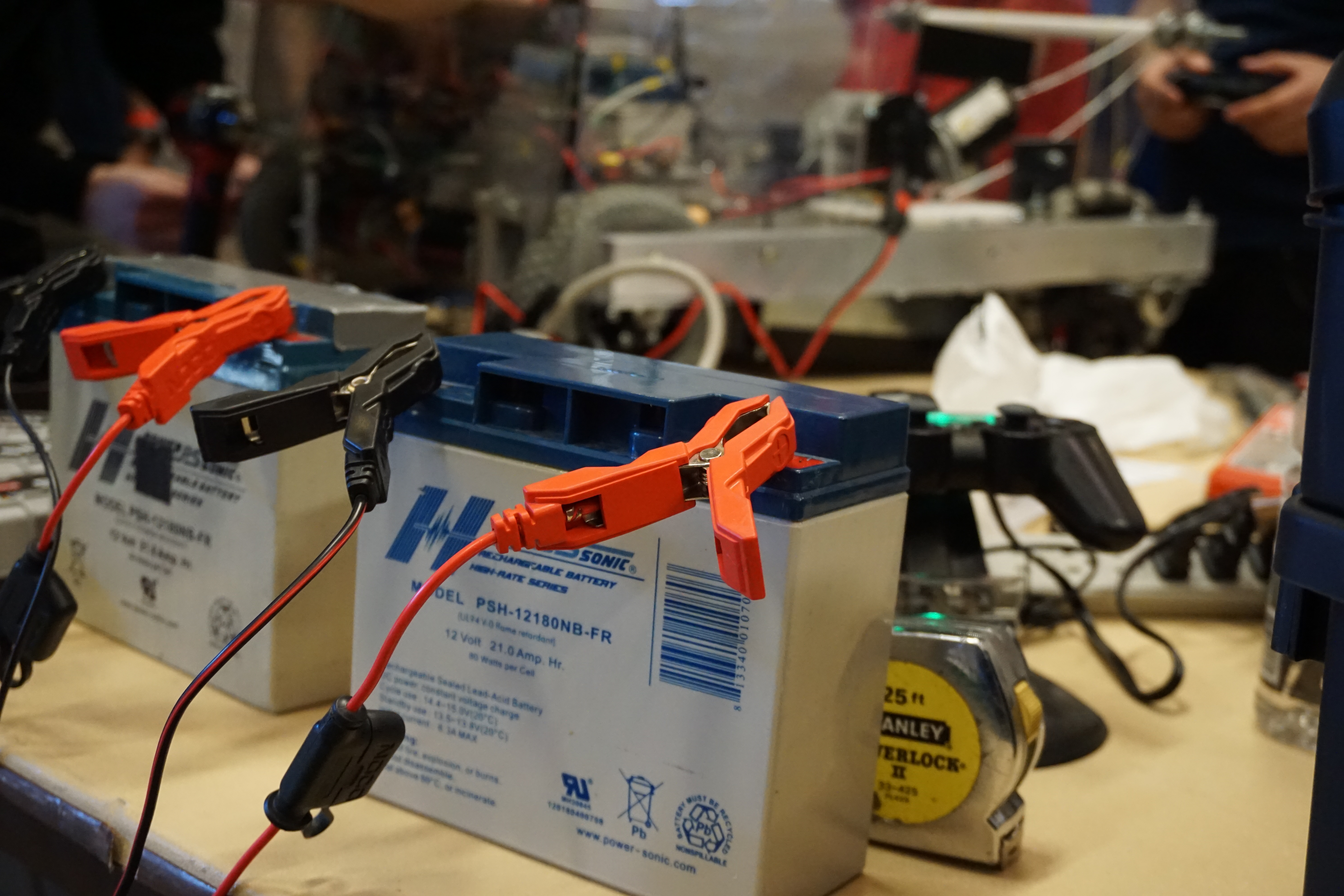 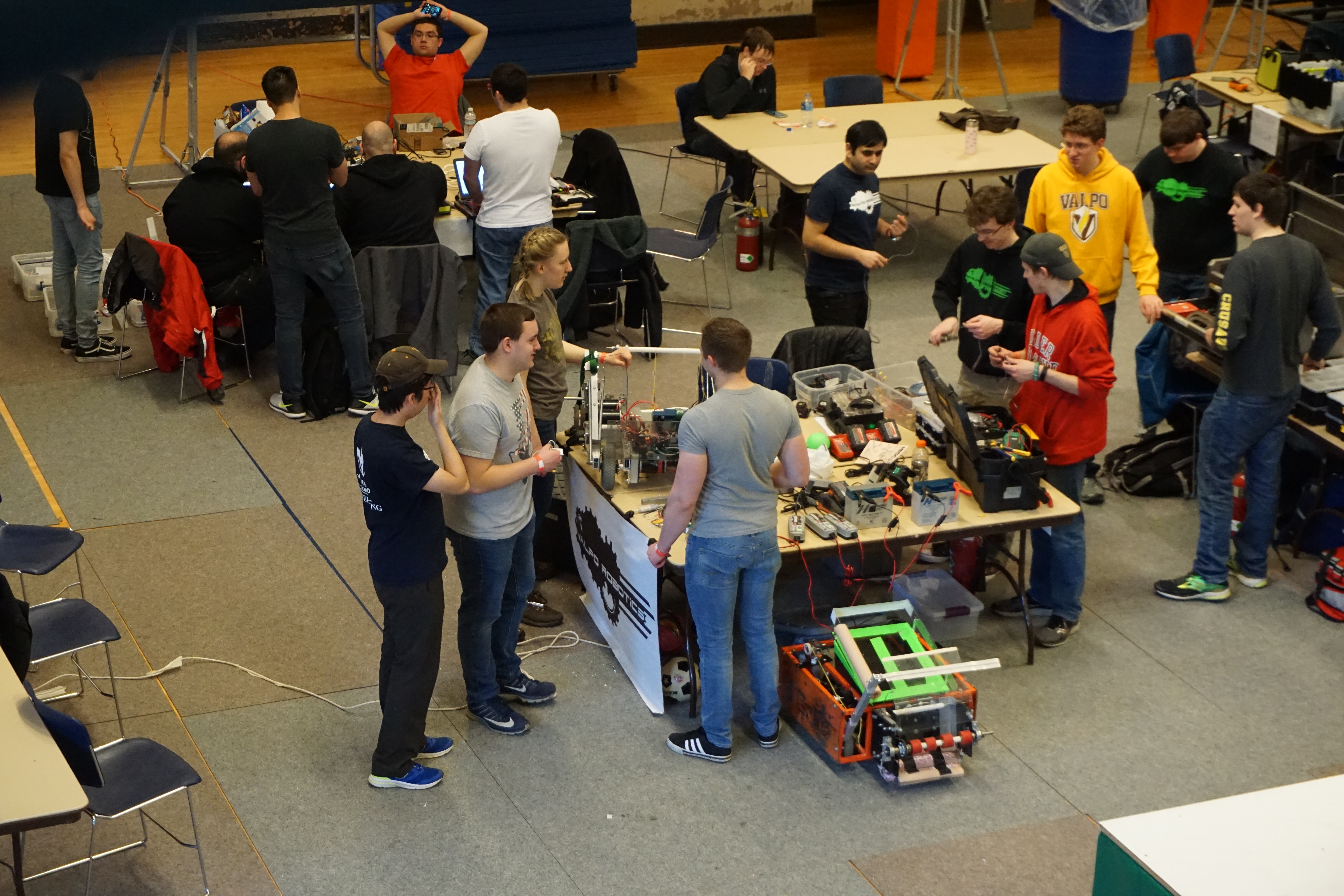 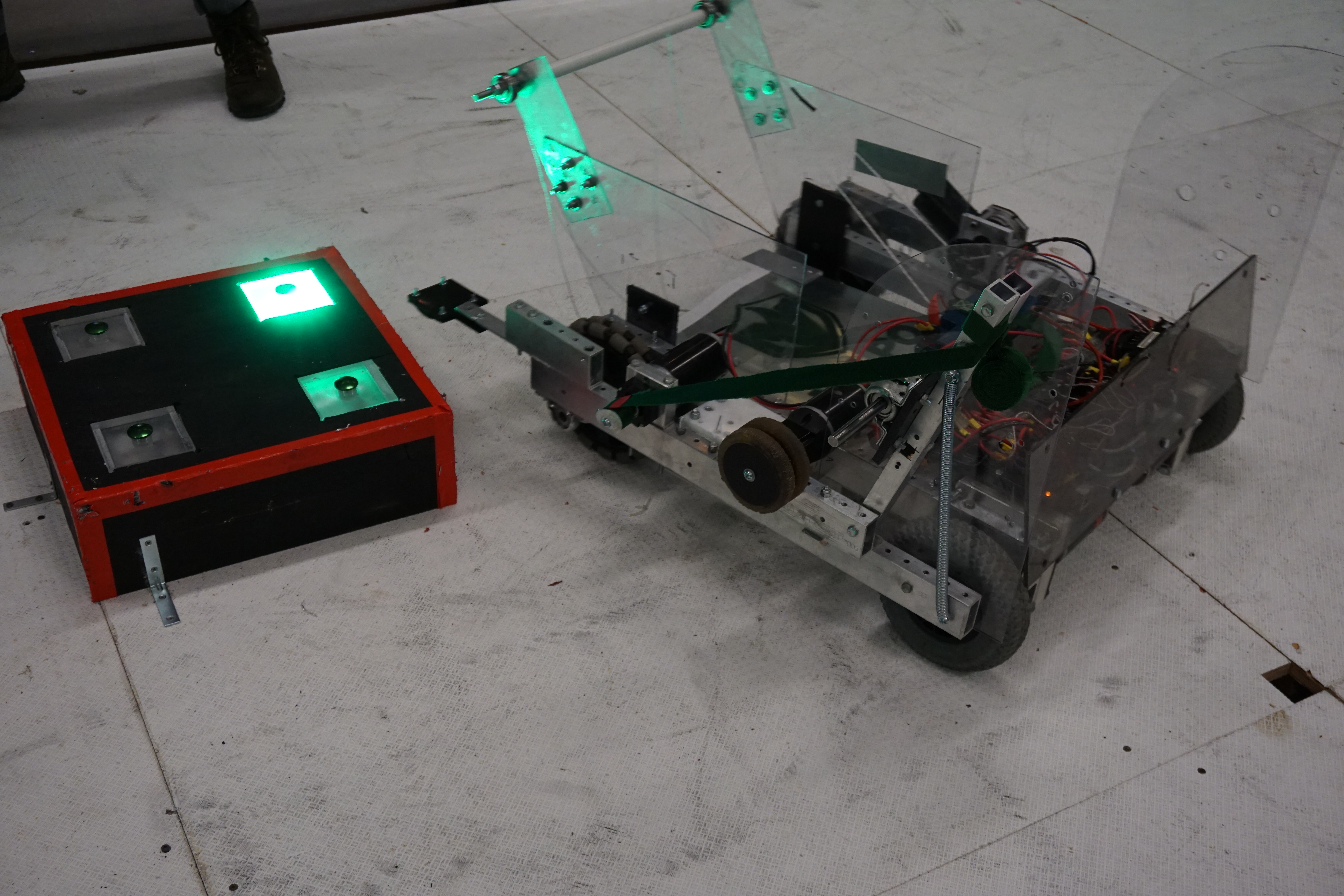 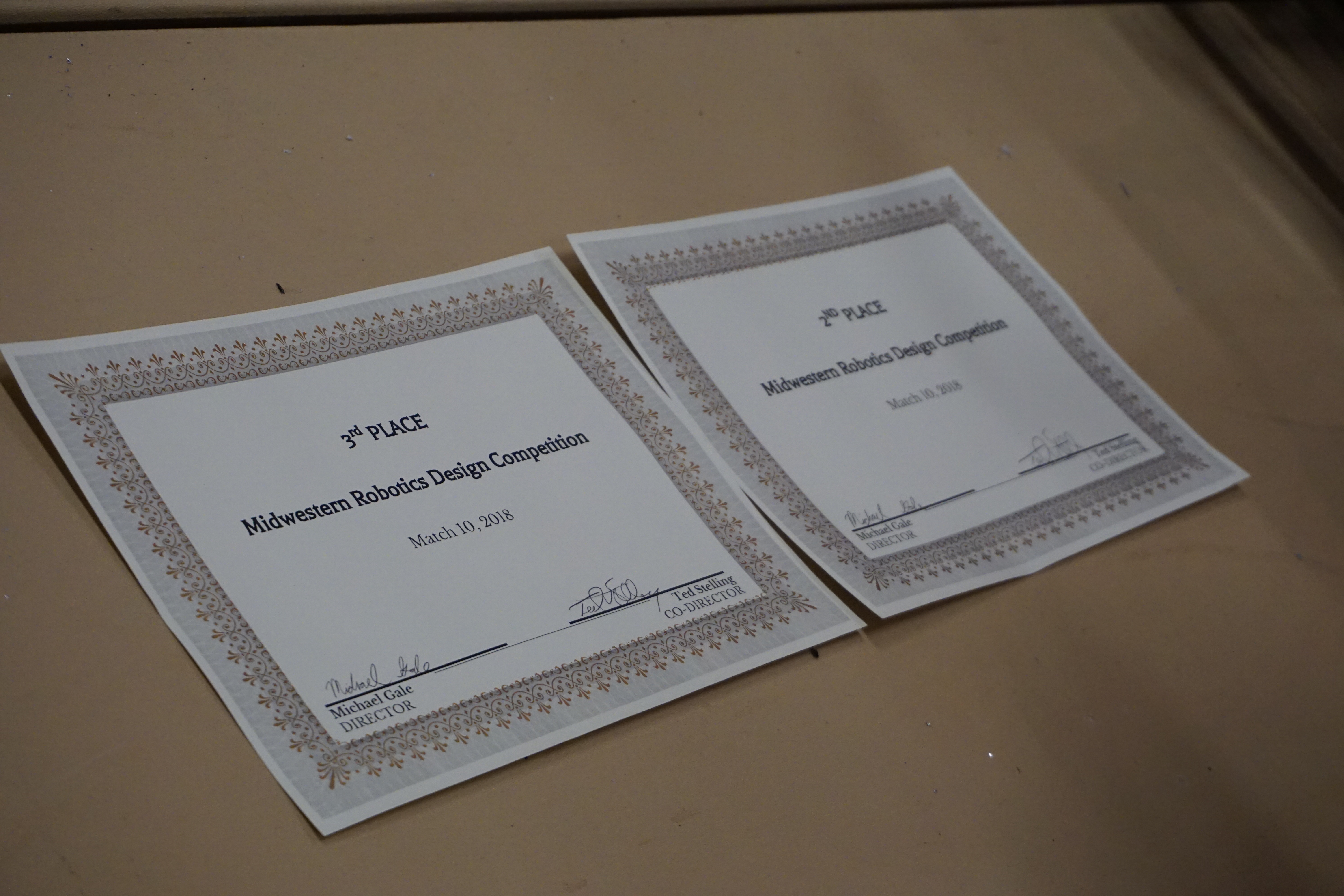 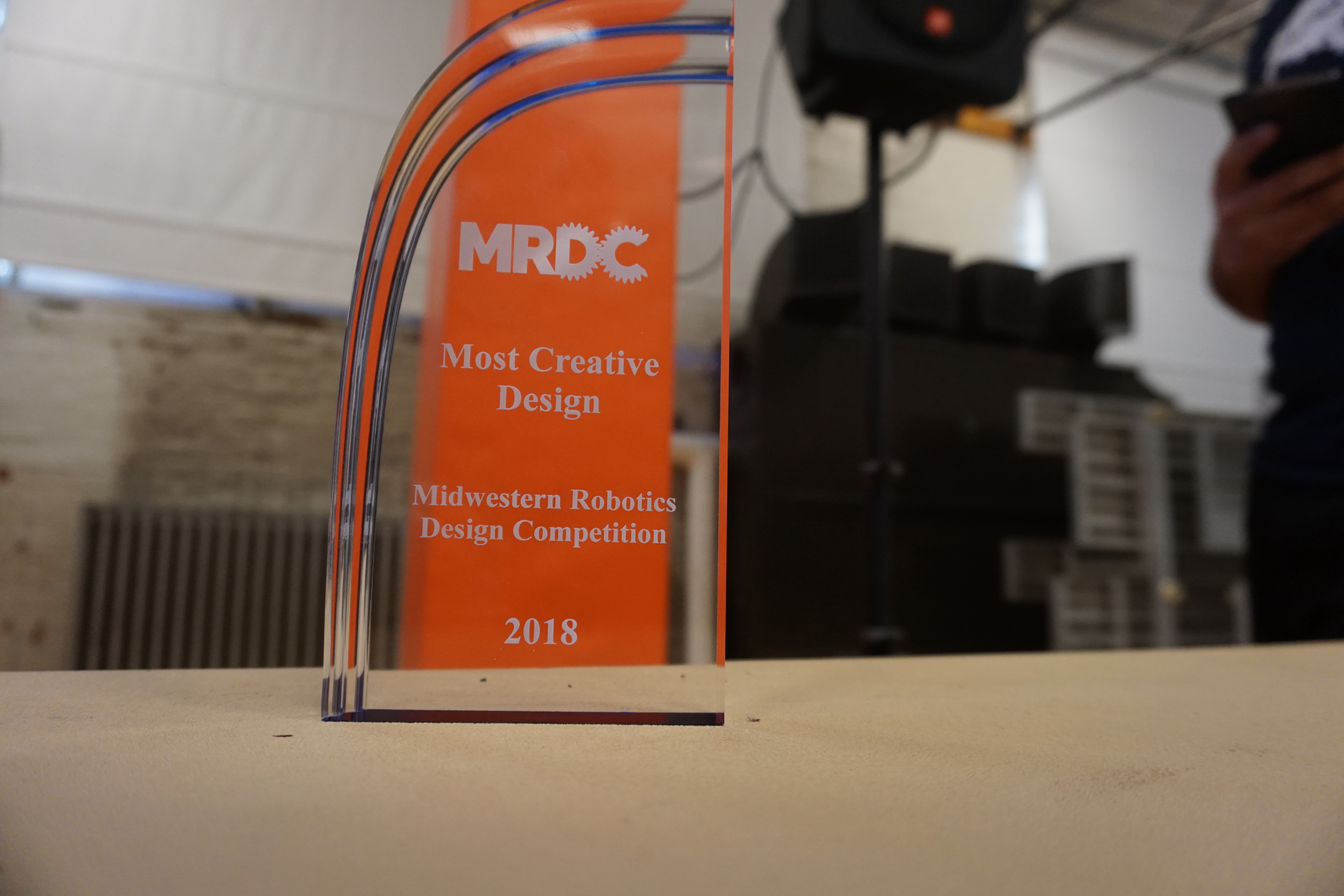