For Robert Swanson, Ph.D., prestigious grants from the National Science Foundation are not the point of teaching at a liberal arts institution — rather, the point is seeing students get excited about science. The $2 million that Professor Swanson and his collaborators have been awarded just provides opportunities to spread the enthusiasm.

“The four years of undergraduate study are a critical time for invigorating an interest in science,” Professor Swanson says. “When you do research together, you can reignite people’s curiosity and excitement about science.”

Professor Swanson uses his research on plant genetics to teach students that science is a process for asking questions, rather than a memorized set of answers. In his lab, student researchers create experiments to probe the question, “How do plants choose which mates to create seeds with?” That research area is, from an agricultural perspective, world-changing. It is also paradigm-shifting for many students.

“In our curriculum, we begin to give students more and more control over the scientific endeavor until, by the time they’re seniors, they’re operating as scientists,” Professor Swanson says.

Professor Swanson sees that his student researchers stay engaged with science, which translates to success in the classroom and in applications for graduate school and medical school. Some of his graduates are accepted into Ph.D. programs to study plant genetics. Others apply their knowledge to the human genome or other research areas.

“I very much encourage my students to see undergraduate research with professors as the culmination of their undergrad science experience,” Professor Swanson says. “Research is about recognizing a mystery of something we don’t quite understand, and working to shed light on it. It’s an engaging, fun thing to do.” 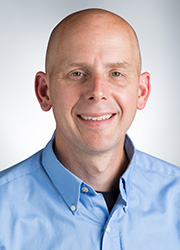